How to Make the Best First Impression, According to Experts

Everyone can make snap judgments, especially when meeting someone new.

In less than one-tenth of a second of seeing someone for the first time, our brain processes information about the person’s face—which leads to quick conclusions about a new acquaintance’s qualities, including trustworthiness, competency, friendliness, honesty and morality—according to a 2006 study published in Psychological Science. This tendency dates back to evolutionary times, when we would encounter strangers and, for survival purposes, need to assess whether they would inflict harm or be an ally, says Vivian Zayas, a professor of psychology at Cornell University.

Most of us believe the first impressions we come up with, too, says Alexander Todorov, a professor of psychology at Princeton University and author of Face Value: The Irresistible Influence of First Impressions. And although sometimes they can be misleading, first impressions do form people’s view of a person.

“Once we have a representation formed, it’s used as a filter,” says Zayas. Think someone’s trustworthy right off the bat? You might tell them more. And if you write them off as a negative person, you might complain about them to coworkers.

Fortunately, there are ways to leave a strong lasting impression. Here’s how to make sure others are viewing you in a positive light.

It’s important to first consider where you are trying to make a good impression—whether it’s a formal job interview or a dinner date. The reason is simple: context matters. It gives you cues as to how you should dress, look and behave, Zayas says. If you’re interviewing at a bank for example, you’ll likely be expected to show up in a suit. Choosing attire, grooming habits and conversation styles that appropriately match the setting you are entering are key aspects of making a good impression, she says.

“As social beings, we use everything available to make sense of a person that we’re meeting for the first time,” says Zayas.

And while a firm handshake and a small smile might fit the bill for a third-round meeting with the boss, matching someone’s pondering posture at an art gallery and commenting on the artwork might be appropriate if you’re trying to start casual conversation in that setting, says Nicholas Boothman, author of How to Make People Like You in 90 Seconds or Less.

“We sort of scan the world for threats, and facial expressions are really primarily processed,” says Ann Demarais, founder of First Impressions, a New York-based coaching and consulting company. “On a very deep level, if someone is frowning or looks threatening, we register that as ‘Watch out.’”

Instead of thinking of attitudes as good or bad, think about them as useful or useless, Boothman suggests. A useful attitude is welcoming, curious and enthusiastic. A useless one is acting bored, rude or hostile.

You can create a useful attitude by smiling at someone, making eye contact long enough to notice the color of that person’s eyes, or sitting without crossing your arms or legs, says Boothman. This will project a warm, open and positive impression.

If you’re having a hard time with the attitude adjustment, try thinking back to a time when you felt enthusiastic or resourceful to get your mind into a better place, Boothman suggests.

If you’re nervous, say something silly to yourself before you walk into a room. You’ll find your attitude and expression will instantly adjust, he says.

People who have an easy time connecting with others often find common ground with someone else in just a few seconds, says Boothman. Asking observant questions like, “Does this person have an accent?” or “Is he or she wearing something you recognize?” can help foster an instant connection.

“We tend to like people who are a little bit similar to us,” says Zayas.

If you’re operating from a blank slate, start with your shared environment—like commenting on the weather or something you notice in your surroundings, then move to facts—like the reason you’re gathering or a recent news story, says Demarais. You’re likely to find something you both connect with.

Shift the focus from yourself to others

In new situations, we tend to notice how we’re feeling instead of how others are feeling, Demarais points out. But experts say we should pay more attention to those around us. “People always remember how you made them feel,” she says.

Taking the focus off of yourself and putting it on someone else can help others perceive you in a better light. For example, making someone feel appreciated, finding a point of commonality to bond over or sharing something interesting you’ve learned can all improve how you’re received, Demarais says.

Get a good night’s sleep

When you’re sleep-deprived, you appear different, Todorov says. “The skin is much paler, which is often a signal for sickness; you have shadows under the eyes; the corners of the mouth are slightly turned downward,” he says.

And multiple studies suggest that skimping on shut-eye can lead others to perceive you as less attractive, less smart, more depressed and less healthy.

“If you’re really sleep-deprived, you’re not going to do well on any kind of task,” he notes. And while appearing overly fatigued might not be an accurate portrayal of who you are, it can adversely contribute to people’s first impression of you, Todorov says.

Being well-rested—putting a solid eight hours in the night before a big event—is one way to present yourself well, he notes.

In order to make a good first impression, it’s important to be genuine. If you’re constantly worried about whether or not you’re doing or saying the right thing, you could appear insincere or too strategic, Zayas cautions. “The other person’s going to pick up on that inauthenticity and I think it can be a little bit of a signal that there’s something you’re hiding,” she says. “It can make the person not want to trust you.”

If someone you’re trying to impress brings up a movie that you hated, don’t lie through your teeth. Rather than agreeing you enjoyed it, pick out one specific part you did enjoy, says Demarais.

And if your nerves are getting the best of you but the setting allows for candor, admitting to your nerves can help show your true self—it may even make you seem all the more endearing. 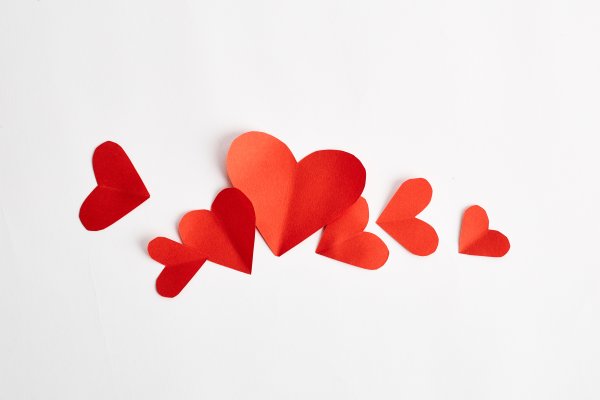 What Monogamous Couples Can Learn From Polyamorous Relationships, According to Experts
Next Up: Editor's Pick