Michael Cohen Would 'Under No Circumstances' Accept a Pardon from Trump, His Lawyer Says

Michael Cohen, President Donald Trump’s former personal lawyer, will not seek or accept a pardon from the President after pleading guilty to eight federal charges, his lawyer said Wednesday.

Lanny Davis, Cohen’s lawyer, told CNN that his client would “under no circumstances” accept a pardon from Trump. Speaking to NPR, Davis added that, “Mr. Cohen would never accept a pardon from a man that he considers to be both corrupt and a dangerous person in the Oval Office.”

A presidential pardon can restore some rights that have been stripped from people convicted of federal offenses. While Trump has made no indication that he plans to pardon his longtime former lawyer and fixer, he has made frequent use of his pardon power, granting clemency to conservative writer Dinesh D’Souza, Arizona Sheriff Joe Arpaio and late boxer Jack Johnson. He also commuted, or shortened, the sentence of Alice Johnson, who had been serving a life sentence for drug convictions. Trump has not yet used his pardon power with people included in investigations into his administration, but he has controversially claimed that he could pardon himself if he so chose.

Cohen would, however, have the power to refuse a pardon if he were offered one. In 1830, the Supreme Court sided with a man who refused a presidential pardon from Andrew Jackson.

Davis told CNN that such a refusal would “definitively” be Cohen’s course of action if Trump did offer a pardon. “His answer would be, ‘No, I do not want a pardon from this man,'” Davis said.

Cohen on Tuesday pled guilty to five counts of tax evasion, two counts of campaign finance violations and one count of making false financial statements. Cohen also indirectly but clearly implicated Trump in his crimes, saying that he worked “at the direction of the candidate” to keep quiet two women who claim they had affairs with Trump prior his candidacy, in an effort to influence the outcome of the 2016 presidential election.

Cohen’s sentencing is set for Dec. 11. He could face more than 65 years in prison. 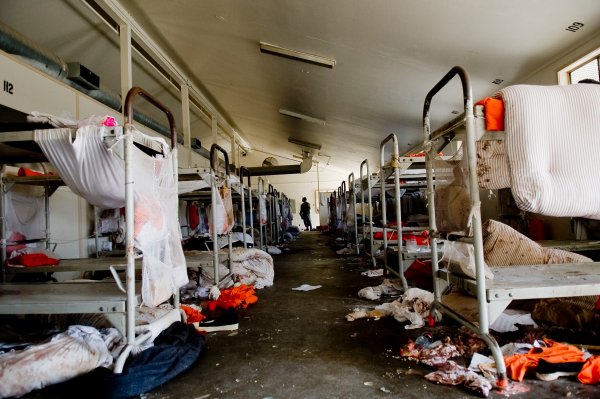 U.S. Prisoners Have Gone on Strike. Here's Why
Next Up: Editor's Pick