Corey Bellemore thought he had won last weekend’s’s 2018 Beer Mile World Classic in Vancouver, B.C. with a shockingly fast time of 4 minutes and 24 seconds. Unfortunately for Bellemore, however, who holds a 2017 record in running the fastest “beer mile” in the world — that means running a mile with four stops to chug four beers — judges ruled that he didn’t quite consume enough liquor to keep his winning title this time around.

According to Runner’s Wold, Bellemore and two other runners ultimately left behind “more than the permitted amount” of beer. One presumes they were so busy trying to keep up the pace that in their haste to chug the beer, they didn’t quite complete the task at hand.

Bellemore was disqualified by just half an ounce, according to the Beer Mile Twitter account. His response on social media? “Never rush through life,” he tweeted. “Better luck next time!” Ultimately, runner-up Dale Clutterbuck claimed the winning title this time around. But we can all take Bellemore’s previous advice, shared after he broke the 2017 beer mile world record: “chug fast, burp and breathe.” Just don’t chug too fast.

Beer miles, Runner’s World notes, are fairly secretive events, since organizers have to avoid restrictive open container laws. Runners chug a 12-ounce can or bottle of beer between four laps. In the case of vomiting, extra laps are prescribed as penalties. Not a sport for the faint-hearted. 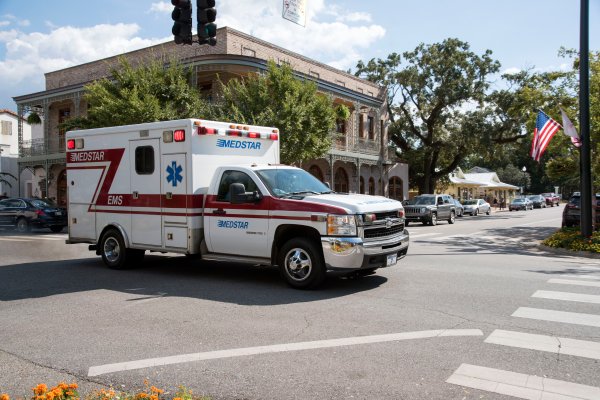 Man Steals Ambulance Because It Was 'Too Hot to Walk'
Next Up: Editor's Pick