Cardi B Made Funny Moves Onstage at the 2018 MTV VMAs

Cardi B took the stage at the 2018 MTV Video Music Awards for her first big moment since giving birth to her daughter Kulture in July with a joke.

The “Bartier Cardi” rapper opened the show clutching a baby-shaped blanket, only to reveal a moon man award and introduce Shawn Mendes “In My Blood.” It was the ultimate fakeout for those waiting to see the prodigal child. In so doing, she gave us an unforgettable image of the evening.

After dropping out of the fall leg of Bruno Mars’s 24K Magic World Tour to give herself more time to “recover mentally and physically,” Cardi announced on Instagram that she would return to the stage for one night at this year’s VMAs. 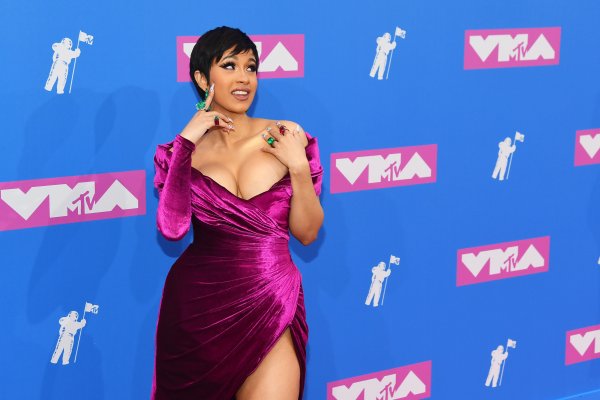 The MTV VMAs Just Crowned the 2018 Song of the Summer
Next Up: Editor's Pick