Stephen Colbert Finally Agrees With Trump on Something

Although White House press secretary Sarah Huckabee Sanders has said that she can’t guarantee that there isn’t a tape of President Donald Trump using a racial slur, Stephen Colbert wants people to pay more attention to what Trump himself has said on the issue.

During Wednesday’s episode of The Late Show, Colbert aired a compilation of all the times Trump has claimed he is the “least racist person” out there. “You can tell somebody is not something when they protest exactly the right amount,” he joked.

However, the host then revealed that he does agree with Trump on one thing—a comment he made in 1989 about how he would love to be a “well-educated black.”

“I would love if you were a well-educated black too. Specifically, this one,” Colbert said before showing a photo of Barack Obama. 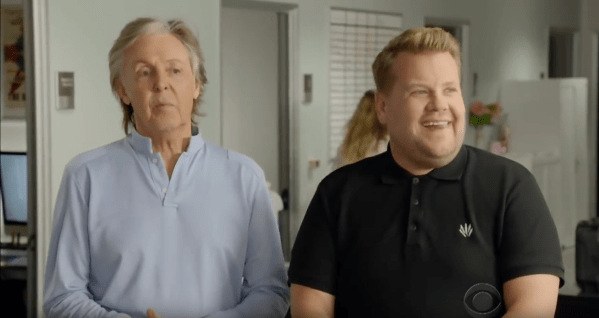 Paul McCartney Was Definitely Not Impressed By James Corden's Office Tour
Next Up: Editor's Pick