Game of Thrones’ Red Wedding Gets The Disney Treatment

Game of Thrones’ “Red Wedding” episode has gone down in the annals of cultural history as one of the most jaw-droppingly brutal hours of television ever. Roughly, 1,570 of the 1,579 total killings in the HBO series took place during the episode. So naturally, it’s prime for a Disney makeover.

In the new video, Cinderella and her Prince Charming stand in for Robb Stark and his pregnant bride, eager to share their special day at a celebratory feast with their friends, family and allies in the Magic Kingdom. Those in attendance include Ariel a.k.a. The Little Mermaid with her man, Eric, along with Mulan and Snow White, Sebastian the Crab and various adorable animated mice.

Cinderella’s evil stepmother has other plans though. Despite Ariel doing her best Catelyn Stark-esque impression and delivering heartfelt pleas alongside threats of brutality, no one makes it out alive.

But who’s behind the violence? Spoiler alert: It’s a Disney princess getting in touch with her inner Arya Stark.

“A Magical Red Wedding” (A Disney / Game of… by finandbow

MORE: Game of Thrones Gets Recast as a Battle for the Internet 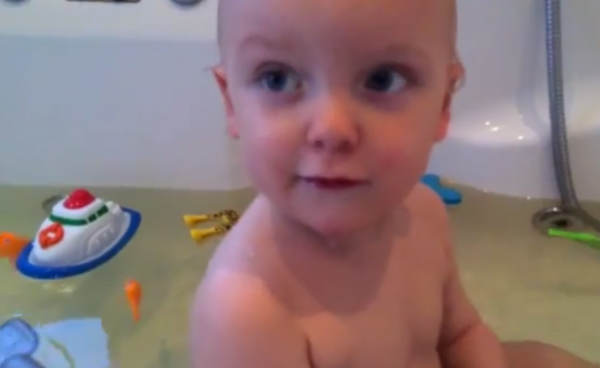 This Baby Really Needs to Learn How to Properly Pronounce "Thank You"
Next Up: Editor's Pick