In the nearly four years since Nicki Minaj released her third album The Pinkprint, a lot has happened: the U.S. elected a chaos-inducing president, the #MeToo movement took off, Kanye West and Taylor Swift ran hot and cold multiple times. But perhaps most crucially for the Queens-born MC, a cross-borough rival — the reality star-turned-pop sensation Cardi B — emerged from the mixtape and Instagram wilds, her boastful breakthrough single “Bodak Yellow” topping the Hot 100. While Minaj was hardly dormant during her between-album intermission, collaborating with pop supernovas like Ariana Grande and Madonna as well as MCs like her Young Money labelmates Drake and Lil Wayne, the possibility of pitting two women against each other in the male-dominated world of hip-hop proved too tantalizing for tongue-waggers.

Queen (Young Money/Cash Money/Republic), which came out Friday, is Minaj’s attempt to muzzle the gossip folks, a wild ride stuffed with A-list guests (in addition to Grande, Eminem, Rae Sremmurd’s Swae Lee, and Lil Wayne drop by) where Minaj immerses herself in hip-hop history and her own emotional trials. While casual listeners might know Minaj best from the sparkling 2011 single “Super Bass” and the eye-popping hair colors she sported during that period, Queen marks her territory as a hip-hop artist who hasn’t let her travels around the world make her forget the lessons she absorbed while she went around the block.

Queen opens with Minaj in pensive mode, smoking weed and ruminating on the forces aligning against her on “Ganja Burns” — people biting her style while using ghostwriters, energy-sucking men, people whose memories won’t stop lingering. But she doesn’t brood for long, embracing the “living well is the best revenge” ideal instead — flipping a script originally written by Brooklyn legend The Notorious B.I.G. on the raunchy (yet appreciative) “Barbie Dreams;” thrilling in the internal rhymes on the drug-laden chorus of “Miami;” shouting out Caribbean musicians over the clamorous beat of “Coco Chanel,” which features fellow Trinidiadian-New Yorker Foxy Brown. They balance out the more introspective moments, like the Weeknd-assisted sulk “Thought I Knew You” and the longing “Come See About Me” — the latter of which features Minaj singing to someone whose absence hollows out her success.

Minaj is a restless lyricist who thrills in her audacity almost as soon as she realizes it, although her tendencies toward rhyming a word with itself can get a bit monotonous, particularly across the wide span of a 19-track, hour-plus album. Queen‘s beats — crafted by producers like the Atlanta trap architect Mike Will Made-It and the Drake associate Boi-1da — straddle the boundary between 2018 and the next wave in a way that demands up-close listening. For the most part, its guests seem energized to bring their A-game, with Eminem rapping like he’s trying to put out a fire on the woozy “Majesty,” Grande supplying fizzy vocal runs to the seductive “Bed” and Swae Lee of the brotherly rap duo Rae Sremmurd offering up an oddly beautiful hook on the fever-dreamy “Chun Swae.”

If there’s one recent blockbuster release that Queen recalls, it’s Rihanna’s Anti — similarly accompanied by regal themes, that 2016 album balanced A-lister boasts with solitary, substance-aided introspection. Like Queen, Anti­ was introduced by splashy tracks (“Bed” and “Chun-Li” for Queen, the sinewy Drake collab “Work” for Anti) made for maximum radio impact; deeper dives revealed more complex emotions, fleshing out the person behind the social-media avatar in sometimes-messy ways. And like Anti, Queen asserts Minaj’s rightful place if not at the top, then certainly near it — and perhaps more importantly, it makes one realize that even world-beating achievements and high-end brands can’t blot out a person’s need for intimacy. 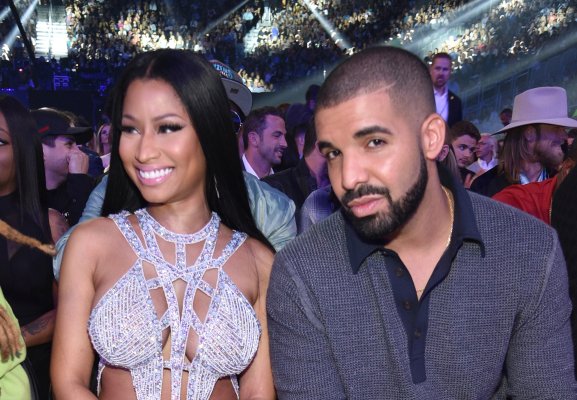