Bow down, BeyHive: the governor of Minnesota may very well be Beyoncé’s biggest fans.

First, he named May 23 “Beyoncé Day” back in 2016 in honor of Ms. Carter’s Formation show that year. And now, he’s declared that Aug. 8 is “Beyoncé and Jay-Z Day” officially in his state.

Governor Mark Dayton shared the update in an official proclamation, honoring the On the Run II Tour concert that Beyoncé and Jay-Z were set to perform on Wednesday evening at Minneapolis’s U.S. Bank Stadium. “Through their lives and music, Beyoncé and Jay-Z have inspired Minnesotans and music fans around the world,” Dayton’s proclamation states, adding that “Beyoncé has influenced many Minnesota girls and women with the powerful, positive messages in her music” and enumerating both artists’ lists of accolades and career accomplishments. (Beyoncé was born in Texas, and Jay-Z in New York, but clearly Minnesota does not discriminate against out-of-state citizens.)

The couple are on the U.S. leg of their international On the Run II tour, having recently left the East Coast to continue blessing audiences nationwide with their performances. Beyoncé also recently covered the September issue of U.S. Vogue, sharing powerful statements about motherhood and body image. 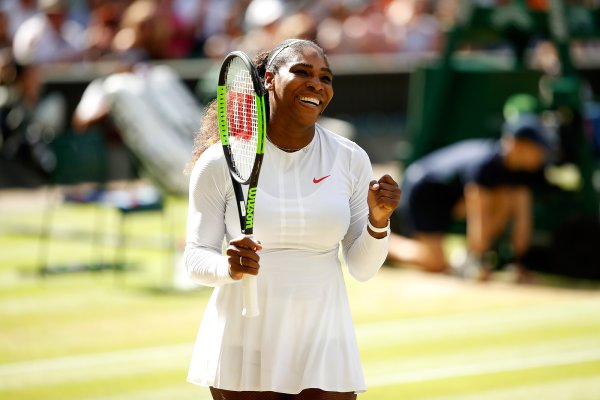 Serena Williams Shares Her Postpartum Struggles
Next Up: Editor's Pick