LeBron James speaks at the opening ceremony for the I Promise School in Akron, Ohio on July 30, 2018.
Phil Long—AP
By Eli Meixler

Showtime has announced a new documentary series about the changing role of professional athletes in today’s political environment, with NBA star LeBron James as executive producer.

The title of the three-part series, Shut Up and Dribble, is a not-so-subtle reference to the words used by Fox News host Laura Ingraham in February, when she went on air to denounce the basketball star’s criticism of President Donald Trump.

“Millions elected Trump to be their coach,” Ingraham said after insulting James’ intelligence. “So keep the political commentary to yourself or, as someone once said, shut up and dribble.”

The new show is scheduled to premier in October, the same month James will make his debut with the Los Angeles Lakers, Variety reports.

“If being a star athlete is inherently a political experience, Shut Up and Dribble tells that complex and dramatic story from the past to the present and from the inside out,” Showtime President David Nevins said in a statement, according to Variety.

“LeBron James is one of many competitors whose place in the spotlight has led not to silence but perspective,” Nevins said, adding that the series “should bring their fans and fellow citizens to a higher level of discourse, rather than the dismissal satirized in the title.”

James has made no secret of his political opinions, calling Trump “a bum” last year and telling CNN’s Don Lemon last week that he would “would never sit across” from the president, prompting Trump to insult James’ intelligence.

James spoke to Lemon from his new “I Promise school,” which will support at-risk students in his native Akron, Ohio.

Shut Up and Dribble is just one of James’ upcoming entertainment projects. His barbershop-set talk show, The Shop, is set to premier on HBO on Aug. 28, CNN reports. 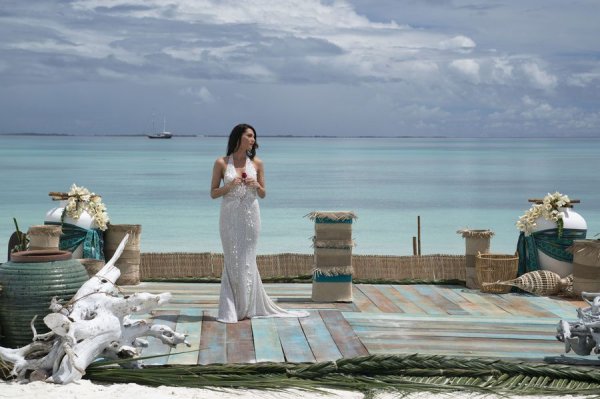 Who Did Becca Choose on The Bachelorette Finale?
Next Up: Editor's Pick