Barack Obama Turned 57 Today. The State of Illinois (and the Internet) Celebrated With Him

Former President Barack Obama turned 57 on Saturday — and for the first time, his birthday is being celebrated as a commemorative holiday in his former home of Illinois.

Last year, the Illinois legislature passed a bill declaring Aug. 4 Barack Obama Day, to celebrate “the 44th President of the United States of America who began his career serving the People of Illinois in both the Illinois State Senate and the United States Senate, and dedicated his life to protecting the rights of Americans and building bridges across communities.” This is the first year the law has been in effect. 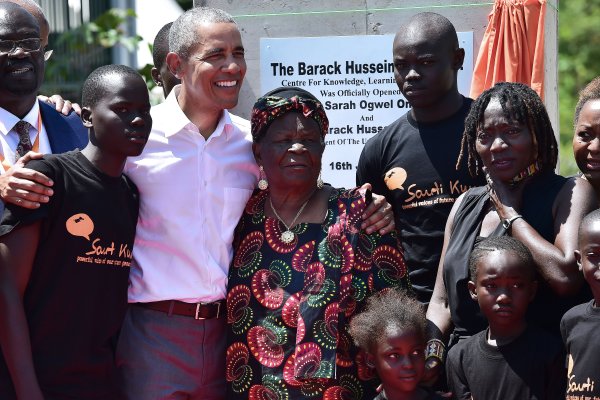 Barack Obama Showed Off His Groove with His Step-Grandmother
Next Up: Editor's Pick