A U.S. Senator Just Invoked the Popular 'This Is Fine' Meme

Now we know: Sen. Richard Burr of North Carolina may spend his days advocating for the people of his state, but he clearly has also been hanging out on the internet in his spare time. During comments shared Wednesday, Burr — the Republican Chairman of the Senate Intelligence Committee — referenced a popular viral meme, in turn himself becoming something of a meme.

“Some feel that we as a society are sitting in a burning room, calmly drinking a cup of coffee, telling ourselves ‘this is fine,'” Burr said. “That’s not fine. And that’s not the case. We should no longer be talking about if the Russians attempted to interfere with American society. They’ve been doing it since the days of the Soviet Union, and they’re still doing it today.”

The meme he so accurately illustrated has been circulating online for a while, and features a cartoon dog chilling at a table while flames lick his surroundings; it was originally part of a comic designed by artist KC Green that dates back to 2013. It’s often invoked, as the “This Is Fine” meme, when people are trying to express their ability to ignore or stay calm in the midst of chaos. Burr was using it to reference the current situation regarding the investigation into Russian meddling in U.S. elections. 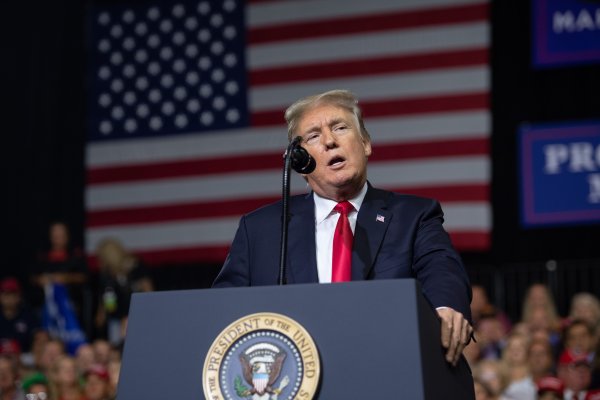 President Trump Said 'You Need an ID to Buy Groceries.' The Internet Went to Town
Next Up: Editor's Pick