Four members of the Russian punk band and activist group Pussy Riot were arrested again on Monday, the same day they were released from prison over their World Cup protest.

The second detention stems from charges over organizing and holding “public events without prior written notice,” Pussy Riot said on Twitter. The activists face up to 10 additional days of detention, the Tweet added.

Fifteen days earlier, Petya Verzilov, Nika Nikulshina, Olya Kurachyova and Olya Pakhtusova rushed the the pitch during the World Cup final in Moscow dressed in old-style police uniforms. They said the stunt was a demonstration against human rights abuses in Russia.

The four involved in the World Cup disruption were sentenced to “15 days of administrative arrest” and banned from attending sporting events for three years.

On Monday, they were set to walk free but wound up back in jail as they tried to leave. Initially, it appeared as if there were no charges.

“The Luzhniki police station says that there’s an order to keep us in overnight – until some procedures take place in the morning,” Verzilov tweeted, according to a BBC translation.

With the civil code violation now being cited, it’s unclear how long the four will be actually detained. 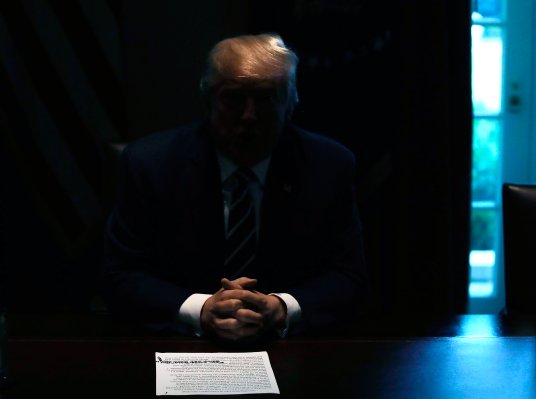 Trump Wanted a Summit With Putin. He Got Way More Than That
Next Up: Editor's Pick