Not for the first time, Late Show host Jimmy Fallon has brought back his “Trump News Network” to satirize the president’s position on the events of the day.

In his latest installment of the series, Fallon — bedecked in a Trump-like wig and practicing a Trumpian accent — takes on the newest developments, including Trump’s antagonistic tweet about Iran, his stance on former advisor Carter Page and his appreciation of the dog who does a mean Britney Spears impression, among other items.

“I might start a war with Iran. I kinda, sorta, maybe got in a screaming match on Twitter with Iran’s president and said ‘never, ever threaten the United States again, or you will suffer the consequences,'” Fallon-as-Trump announced. (That quote was taken directly from the president’s tweet to Iranian President Hassan Rouhani, sent late Sunday evening.) “A lot of people are surprised about my outburst, mostly because I’ve never used the words ‘I’ and ‘ran’ in the same sentence before,” Fallon then carried on, joking.

“Finally, onto the most important topic facing our nation: it’s Shark Week! And they’re so scary! I’m gonna tweet at the sharks,” he quipped, then typing out a parody of his initial missive to Iran. Watch out, sharks: the might of America is prepared to take you down if you make trouble. Or at least, if Fallon-as-Trump had his way, that would be the case. Watch the latest Trump News Network dispatch, above. 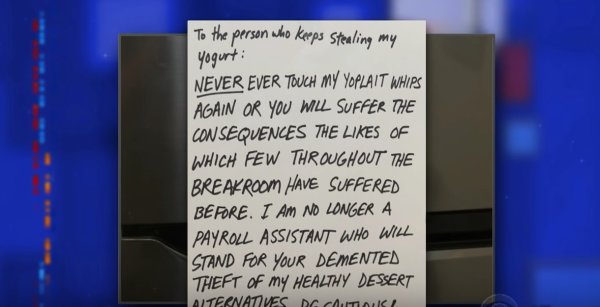 Stephen Colbert Thinks Trump's All Caps Tweet Looks Something Most People Recognize
Next Up: Editor's Pick