Ryan Reynolds is notorious for his playfully wry sense of humor (as his wife Blake Lively can surely attest), but even he was rendered speechless after a young Deadpool fan gave him a healthy dose of his own brand of snark at Comic-Con this weekend.

During a Q&A session, Reynolds got put into his place when he interrupted a fan who began her question by noting that “my question’s for Ryan but the other cast members can answer as well.”

“Oh, sh-t. Something’s coming I can see it,” Reynolds quipped before being gently rebuked by the fan who pointed out his rude interjection.

“Um, if you’ll let me finish,” the fan said to the great delight of the crowd, cast, and Reynolds himself.

The fan then delivered her last bon mot by asking Reynolds, “If you could be any superhero besides Lady Deadpool, who would you be?”

Reynolds got a kick out of the question and responded accordingly.

“Did you say besides Lady Deadpool? God, I love you.”

Watch Reynolds and this enthusiastic Deadpool fan spar below. 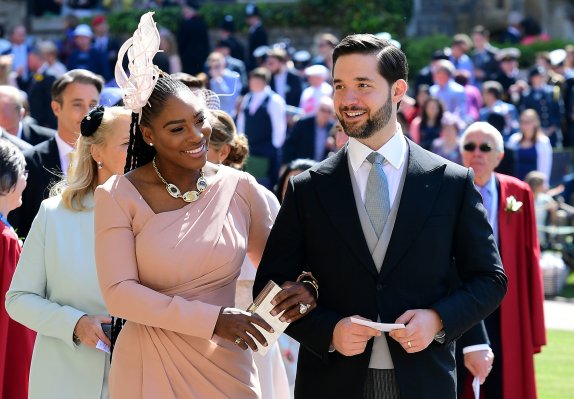 Apparently Serena Williams Wanted Italian Food So Her Husband Whisked Her to Italy
Next Up: Editor's Pick