Just over a month after Sophie Turner debuted a House Stark direwolf sigil tattoo featuring the quote, “The pack survives,” Maisie Williams seems to have gotten her very own new Game of Thrones ink.

Williams took to her Instagram story on Sunday to tease a “No One” tattoo that appears as though it will be written in red ink. The phrase is a reference to Arya Stark’s training as a faceless assassin.

However, just as fans speculated that Turner’s tat is an indicator that Sansa Stark survives Thrones‘ final season—a theory that she denied—Williams’ new brand is bound to convince some that Arya does not.

“It’s just a quote from last season,” Turner told James Corden during a June appearance on The Late Late Show. “Everyone figures that the pack really does survive, but it’s just a moral that I like to live by.”

Meanwhile, Williams has yet to provide any commentary on her “No One” ink. 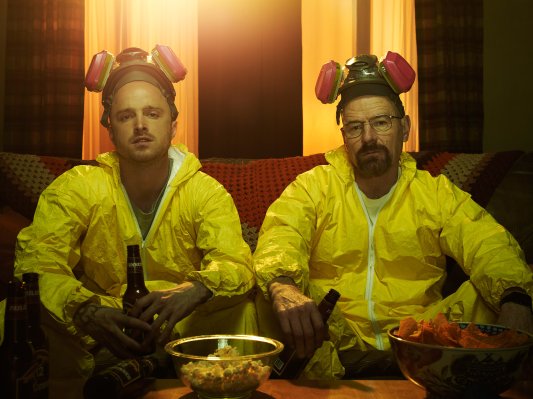 Bryan Cranston Used to Pull the Most Walter White Prank on Aaron Paul During Breaking Bad
Next Up: Editor's Pick