The tour of Ryan Reynolds and Blake Lively trolling each other continues.

The couple, who have been married since 2012 and have two children, have jokingly poked fun at each other in interviews and online for most of their time together. And the Deadpool 2 panel at San Diego’s Comic-Con 2018 was no exception.

Reynolds used the opportunity to share that he’s been using his time wisely.

“My wife’s been shooting a film overseas so I’ve been having a ton of time to pretend like I’m watching the kids,’ he said jokingly during a panel over the weekend. “She’s probably filing [divorce] papers as we speak.”

The Deadpool star said he’s been doing the movie marathon thing. “Do you ever do those where you watch like every Quentin Tarantino movie? So I’ve been kind of doing that,” he said.

Lively is currently working on the spy thriller The Rhythm Section, which films in Ireland and Spain. The actor will star as the titular heroine, in the film based on the inaugural novel in Mark Burnell’s four-volume Stephanie Patrick series. It’s set for a February 2019 release.

Until then, fans have these jokes between spouses to tide them over. 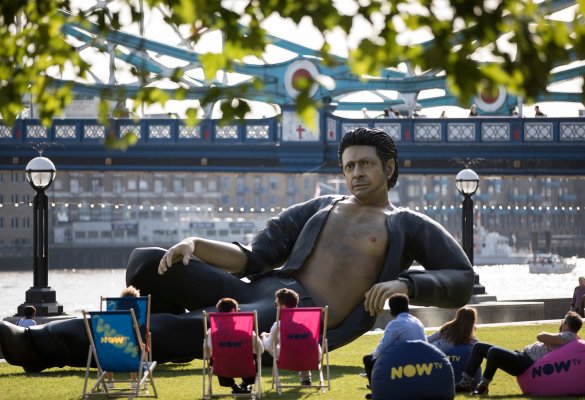