Beyoncé Actually Dropped the Mic and Fans Can't Deal With It

Beyoncé made the world stop for fans at her On the Run II tour concert in France this week when she literally dropped the mic after singing her infamous ballad about infidelity, “Resentment.”

In a clip from the concert, Beyoncé finishes belting out the final notes of the song while seated before insouciantly dropping the mic, something that the Beyhive could not get enough of, especially since “Resentment” was a song that caused no short measure of discussion on the first On the Run tour.

As might be expected, it didn’t take long before the Internet discovered this iconic moment and made good use of it on social media, creating a GIF-able moment that will no doubt bless us time and time again for tweets to come. 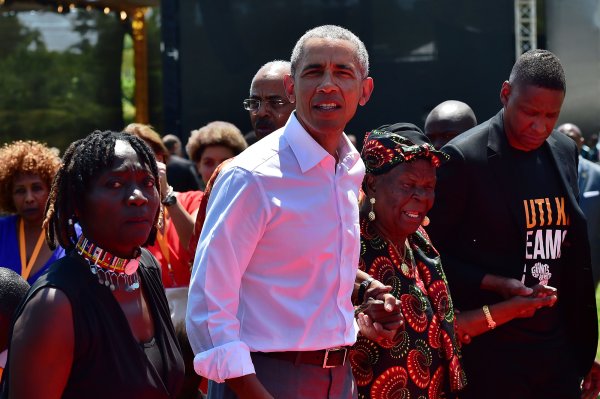 Obama Says Men Are Getting On His 'Nerves Recently' and That 'Empowering More Women' Will Help
Next Up: Editor's Pick