Meghan Markle and Prince Harry are continuing their tour of royal duties this week, stopping by a new exhibit in London celebrating the 100th birthday of former South African leader and international icon Nelson Mandela. At the Southbank Centre’s Nelson Mandela Centenary Exhibition, the Duke and Duchess of Sussex were in for quite a show — including a performance from a South African choir and a tour of the exhibit’s artifacts from Mandela’s historic life.

They also got to meet none other than Mandela’s own family and friends, including his granddaughter Zamaswazi Dlamini-Mandela and activists who worked alongside Mandela to move South Africa past apartheid during its turbulent 20th century.

The exhibition, which is curated by South Africa’s Apartheid Museum, the British Anti-Apartheid Movement Archives and the Southbank Centre, opened on Tuesday and runs through August 19. (Mandela’s birthday was July 18, 1918.) This is not the first time Prince Harry has engaged with the legacy of Mandela, either; during a previous visit to south Africa, Harry reviewed some of the items archived at the Nelson Mandela Foundation Centre of Memory and met Mandela’s widow, Graca Machel.

See the highlights of their visit below. 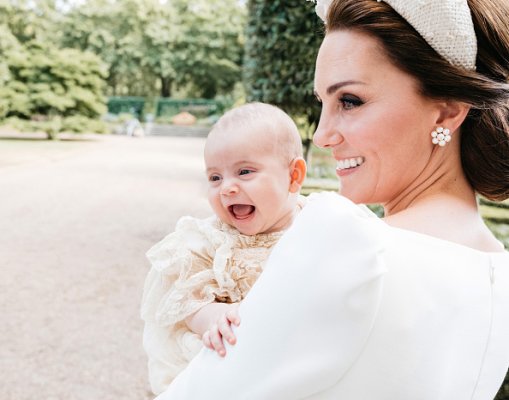 Kate Middleton and Prince Louis Are the Picture of Happiness in This Official Royal Christening Photo
Next Up: Editor's Pick