Less than ten months after giving birth to her daughter and battling life-threatening health issues, Serena Williams made it to the 2018 Wimbledon final, where she eventually lost to Angelique Kerber. Her husband Alexis Ohanian, however, couldn’t be more proud of what Williams has achieved and what she will achieve in the future.

In an emotional Instagram posted the day after the Wimbledon match, Ohanian details the challenges that 23-time champion overcame to be there, including the possibility that she wouldn’t survive a post-partum surgery.

“Days after our baby girl was born, I kissed my wife goodbye before surgery and neither of us knew if she would be coming back,” he wrote in his Instagram caption. “We just wanted her to survive—10 months later, she’s in the #Wimbledon final.”

Later, Ohanian predicted victories that Williams will have in her future, while also giving a sweet shout-out to their daughter Alexis Olympia Ohanian.

“Serena Williams will be holding a trophy again soon. She’s got the greatest one waiting at home for her. Our family knows she’ll win many more trophies, too. She’s just getting started. And I couldn’t be more proud.”

Read Ohanian’s sweet tribute to Serena in full below. 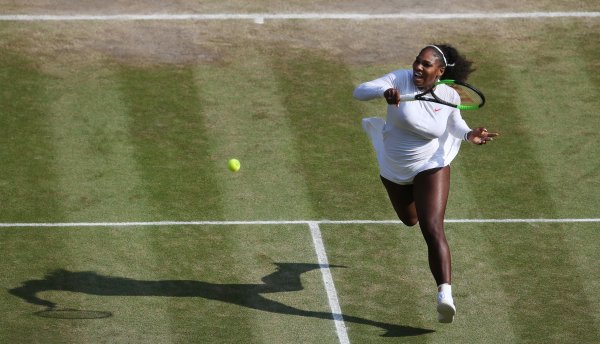 Serena Williams Dedicates Wimbledon Final to 'All Moms'
Next Up: Editor's Pick