The city of Paris had many reasons to party on Sunday night. For one, the French soccer team won the 2018 World Cup. For another, it was Bastille Day. And the third? Beyoncé and Jay Z put on their On the Run II tour at Paris’s Stade de France — and their front-row fans were none other than former First Lady Michelle Obama and Beyoncé’s own mom, Tina Knowles Lawson. Best of all, the two beloved matriarchs were snapped seeming to enjoy each other’s company, hanging out and dancing joyfully together to Beyoncé’s hits during the show. (Obama’s younger daughter Sasha was also reportedly in attendance, adding to the fun.) France: truly the happiest place on earth this weekend.

Fan photos and videos document that both Obama and Knowles were right up by the stage for the show, rocking out together. This isn’t the first time Michelle Obama has shared her support of Beyoncé, either. Not only did the singer perform for President Barack Obama’s inauguration ball back in 2009 with a rendition of Etta James’s “At Last,” and then again in 2013 sang the “The Star-Spangled Banner” at his second term inauguration, but Michelle Obama has also made the time to stop by more than one of her other concerts before now.

Plus, Obama is an avowed fan who has previously said she wouldn’t mind being Beyoncé. If that’s not an option, though, dancing front row for her show with her mom seems like a decent alternative. 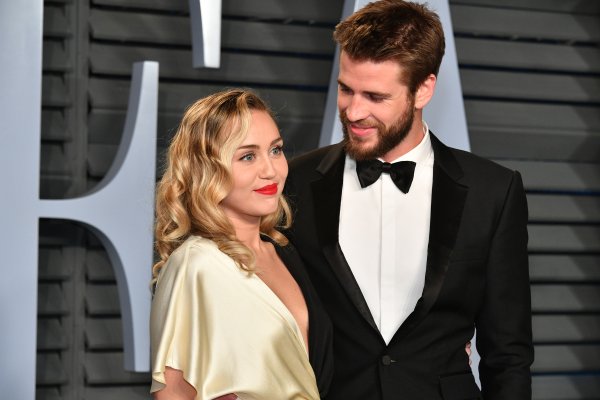 Miley Cyrus Just Deleted All of Her Instagram Posts
Next Up: Editor's Pick