Although season seven of Game of Thrones aired in summer 2017, due to the Emmys’ eligibility cutoff, the HBO drama had to wait until this year to submit anything for consideration. Nevertheless, it’s shaping up to be a big one for Westeros.

All three Lannister siblings were also recognized, with Lena Headey earning her fourth Best Supporting Actress nomination for her role as Cersei while her on-screen brothers Peter Dinklage (Tyrion) and Nikolaj Coster-Waldau (Jaime) picked up Best Supporting Actor nods. This is the seventh nomination for Dinklage (who won in both 2011 and 2015) and the very first for Coster-Waldau.

But not all of the Seven Kingdoms’ key players made the Emmys cut. Both Kit Harington (Jon Snow) and Emilia Clarke (Daenerys Targaryen) were snubbed in the Lead Actor and Lead Actress categories while Sophie Turner (Sophie Turner) and Maisie Williams (Arya Stark) missed out on Best Supporting Actress bids.

The 70th Primetime Emmy Awards will air on Sunday, September 17 on NBC. 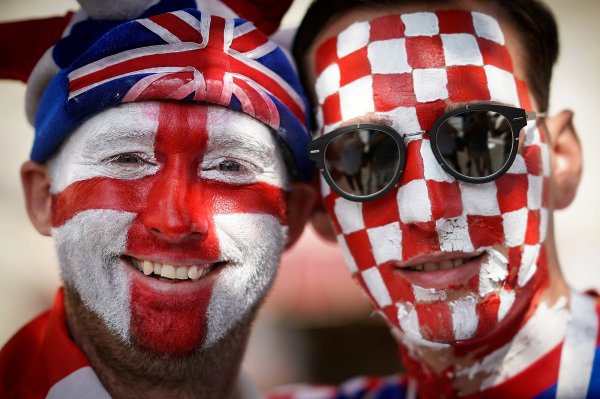 British Fans Tell Jimmy Kimmel How Drunk They Were During The Croatia-England World Cup Match
Next Up: Editor's Pick