Less than a year after the 2017 solar eclipse created a path of totality across the United States, the longest total lunar eclipse of the 21st century will be visible across much of the world on Friday, July 27.

Sometimes called a blood moon, a total lunar eclipse occurs when the Earth moves directly between the sun and the moon. Earth’s shadow moves over the moon, blocking the sunlight that ordinarily reflects off its surface and giving it a reddish glow.

Stargazers around the world—with the exception of North America—will be able to catch at least a partial glimpse of the July 2018 lunar eclipse during the nearly four hours it will be visible in the sky. However, the totality will only last for one hour and 43 minutes of that time, just shy of the longest possible totality length of one hour and 47 minutes.

You can watch the lunar eclipse livestream in the video above starting at 3p.m. E.T.

“Totality is the moment that the moon is passing through the darkest part of the Earth’s shadow,” Dr. Jacqueline Faherty, an astrophysicist at the American Museum of Natural History, tells TIME. “I think most people can relate to what it’s like to hang back in a shadow. On sunny days many of us head for the shade, maybe a tree or a building or even another person. Believe it or not, giant celestial bodies like the Earth and the moon also cast shadows out in space. The sun is the flashlight and the planets are rigid bodies that can block the beaming sun rays. So during totality, those of us on Earth are watching the moon fall in to our shade.”

Different phases of the lunar eclipse will be visible across much of Asia, Africa, Europe, South America and Australia at various points in time on July 27. However, only people in certain areas will be able to view the eclipse from start to finish.

Here’s when totality will begin in the regions where the entire eclipse will be visible.

The entire eclipse will be visible in Central and Eastern Africa, with totality beginning in major cities like Cairo and Nairobi at 9:30 p.m. and 10:30 p.m. local time, respectively.

The total eclipse will start in Eastern European hubs like Bucharest and Moscow at 10:30 p.m. local time.

Limassol and Dubai will offer some of the best views of the full eclipse beginning at 10:30 p.m. and 11:30 p.m local time.

Stargazers in New Delhi should look to the sky at 1 a.m. local time for totality while those in Bangkok can catch the lunar phenomenon at 2:30 a.m.

In Perth, the total eclipse will become visible around 3:30 a.m. local time.

For more detailed information on exactly when you can view the July 2018 lunar eclipse, plug your location into NASA’s Lunar Eclipse Explorer. 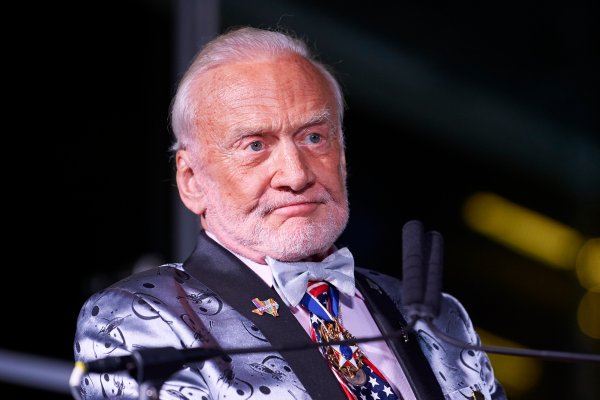 Buzz Aldrin Did Not Attend Gala Kicking Off the 50th Anniversary of the First Moon Landing
Next Up: Editor's Pick