Hurricane Beryl Has Been Downgraded to a Tropical Storm. Here's Where it's Headed

Hurricane Beryl was downgraded to a tropical storm Saturday morning, after being named the first hurricane of this year’s Atlantic hurricane season on Friday.

The path of the relatively tiny Tropical Storm Beryl is currently tracking westwards through the Atlantic in the general direction of Puerto Rico, the Dominican Republic and Haiti. It is expected to reach the Lesser Antilles by Sunday night or Monday, according to the National Hurricane Center (NHS).

The NHC is also warning that changes to Beryl’s intensity will be “difficult to predict” due to its very small size.

“Confidence in the official intensity forecast is also lower than normal,” the Center warned. “Rapid changes in intensity, both up and down, that are difficult to predict are possible during the next couple days.”

The first named storm of the 2018 Atlantic hurricane season, subtropical storm Alberto, failed to reach hurricane status. But it still led to several fatalities and approximately $50 million in damage.

Many Caribbean islands, including Puerto Rico, were devastated by intense storms during last year’s hurricane season, which officially lasts from June 1 until November 30.

Some experts have raised concerns that climate change might be generating stronger hurricanes, while climate scientists have warned the 2018 hurricane season could be worse than usual. 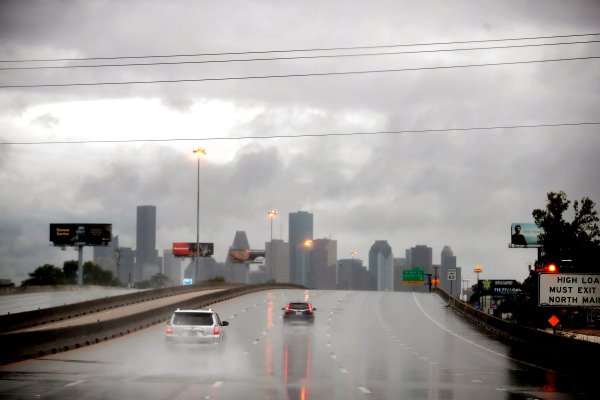 Flash Floods Rain Out Fourth of July Festivities in Houston
Next Up: Editor's Pick