A Gunman Killed Five People at the Capital Gazette Newspaper. This Is Their Front Page After the Attack

Despite surviving a shooting and suffering the loss of five of their colleagues Thursday, reporters and editors at the Capital Gazette regrouped and continued to report on the tragedy that befell them.

A gunman armed with a shotgun and smoke grenades opened fire in the offices of the Annapolis, Maryland-based newspaper Thursday, killing five employees and wounding several others before being taken into custody.

Journalists at the Capital and parent paper the Baltimore Sun continued to report on the incident late Thursday, publishing stories on the attack, the suspect, and obituaries of their colleagues. They succeeded in putting out a paper Friday morning, with the front page headline reading ‘5 shot dead at The Capital’ underneath photos of the five victims.

Police said the incident was a “targeted attack,” and acting Anne Arundel County Police Chief William Krampf said the shooter “looked for his victims as he walked through the lower level.” Police have not released the suspect’s identity, but a law enforcement officer named him as Jarrod W. Ramos, according to the Associated Press. Ramos was charged with five counts of first-degree murder, according to AP.

Grieving members of the Capital Gazette team assembled in a parking lot at the Annapolis Mall a few blocks away from the office, according to AP. Others continued working from home. “We are putting out a damn paper tomorrow,” reporter Charlie Cook wrote on Twitter.

“It’s what our instinct was — to go back to work,” said photographer Josh McKerrow, who was working on a laptop in the parking deck, according to AP. “It’s what our colleagues would have done.”

Reporter Pat Ferguson said the attack, which appeared to be one of the deadliest on journalists in U.S. history, was something that “might happen in Afghanistan,” he said. “Not in a newsroom a block away from the mall.”

The Capital also left the paper’s regular Opinion page blank Friday to honor the victims of the shooting. “Tomorrow, this Capital page will return to its steady purpose of offering readers informed opinion about the world around them,” the Capital wrote. “But today, we are speechless.” 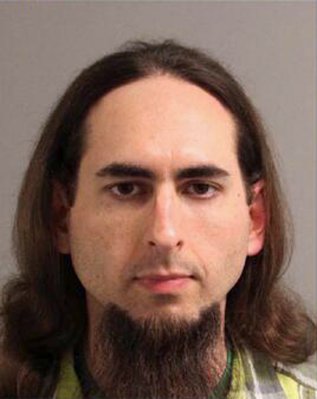 Suspected Capital Gazette Shooter Had Grudge Against the Paper
Next Up: Editor's Pick