Kendrick Lamar on His Groundbreaking Pulitzer Win: 'It Should Have Happened With Hip-Hop a Long Time Ago'

Kendrick Lamar made history this April when he won the 2018 Pulitzer prize in music for his album DAMN., the first non-jazz or classical artist to take home the coveted prize. It was a watershed moment for the music industry and definitely for Lamar, who reflected on the significance of it in an interview with Vanity Fair that was released on Thursday.

“It was one of those things I heard about in school,” he said in reference to his Pulitzer prize, “but I never thought I’d be a part of it. [When I heard I got it], I thought, to be recognized in an academic world . . . whoa, this thing really can take me above and beyond.”

Lamar, who also took home Best Rap Album at the 2018 Grammys for DAMN., also pointed out that he felt that the recognition was a long time coming and that there were many hip hop artists who came before him that helped lay the framework for his Pulitzer.

“It’s one of those things that should have happened with hip-hop a long time ago. It took a long time for people to embrace us—people outside of our community, our culture—to see this not just as vocal lyrics, but to see that this is really pain, this is really hurt, this is really true stories of our lives on wax,” he said. “And now, for it to get the recognition that it deserves as a true art form, that’s not only great for myself, but it makes me feel good about hip-hop in general. Writers like Tupac, Jay Z, Rakim, Eminem, Q-Tip, Big Daddy Kane, Snoop…It lets me know that people are actually listening further than I expected.” 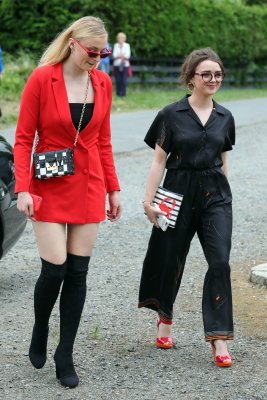