By David Johnson and Abigail Simon

President Donald Trump is shaping up to have a significant impact on the Supreme Court.

After Justice Anthony Kennedy announced his retirement, Trump nominated a second justice — Brett Kavanaugh — to the highest court in the country, following his selection of Justice Neil Gorsuch last spring.

Not all presidents have the same opportunity.

George Washington appointed the highest number of justices at 11, followed closely by Franklin Roosevelt with 9. But four presidents did not appoint any justices at all: William Henry Harrison and Zachary Taylor, who died soon after their inaugurations; Jimmy Carter, who served four years in office without any vacancies; and Andrew Johnson, whose nominee failed when Congress decided to reduce the number of court seats.

Another way to measure presidents’ influence on the Court is to count the number of years their appointees are on the bench. TIME recently ranked all the United States presidents by their nominees’ combined years of service.

By this metric, Franklin Roosevelt had the most impact on the Supreme Court, with over 140 years of influence. John Quincy Adams had the least, since his only appointed justice served for only 2 years.

More recent presidents’ impact is yet to be determined. The median Supreme Court appointee serves 15 years. Given that, Barack Obama and George W. Bush would be expected to have 30 years of influence. Bill Clinton has already had 47 years and counting.

With his two nominations, Trump falls somewhere in the middle of this ranking with a projected 30 years of influence. However, the most recent Supreme Court justices to leave the bench — Anthony Kennedy, Antonin Scalia, and John Paul Stevens — served for 30 years or more. Given that Neil Gorsuch and Brett Kavanaugh are only 50 and 53 years old respectively, it’s likely that they’ll both serve for longer than the typical 15 years.

Current Justices are projected to end their terms at 15 years (the median term served by Justices historically). In the event that a current Justice has already exceeded 15 years, their term length to date is used. 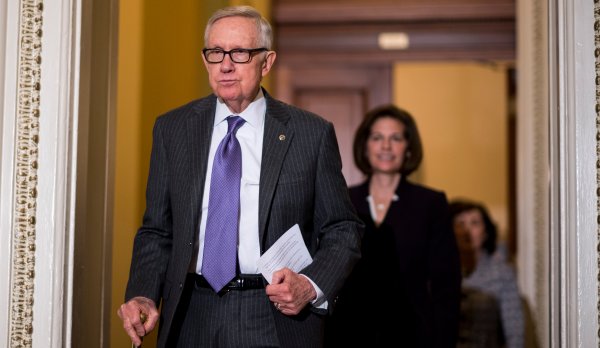 Why Republicans Are Suddenly Thanking Harry Reid for a 2013 Tweet About Filibuster Reform
Next Up: Editor's Pick