Ginsburg noted she would miss Kennedy once he’s gone in a statement following his retirement announcement, calling him a “true gentleman, a caring jurist and a grand colleague in all respects.”

“I will miss the pleasure of his company at our Conference, his helpful suggestions on circulating opinions, his recommendations of art exhibitions to visit with my chambers staff, and much more,” Ginsburg said.

Ginsburg has worked with Kennedy, who has served as a justice since he was appointed by former President Ronald Reagan in 1988, since she was joined the Supreme Court in 1993.

While Kennedy is known for leaning conservative and Ginsburg for being liberal in her decisions, the two frequently agreed on landmark Supreme Court decisions. Over the course of his career, Kennedy became the deciding vote on a number of court rulings, including the legalization of same-sex marriage and cases involving abortion rights. 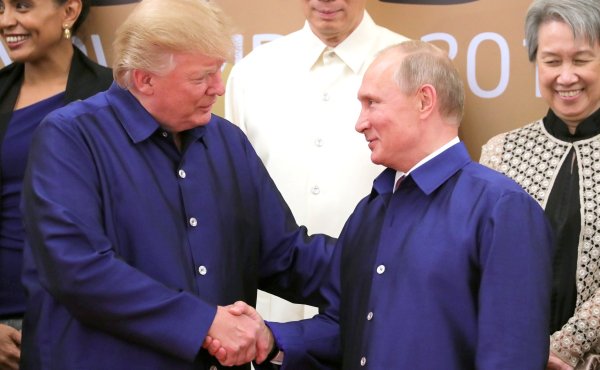 Here's What Happened the Last Time Trump Met Putin
Next Up: Editor's Pick