President Donald Trump said that Supreme Court Justice Anthony Kennedy made the decision to retire because “he felt confident in me to make the right choice and carry on his great legacy.”

“I’m very honored he chose to do it during my term in office,” Trump told supporters at a campaign appearance in Fargo, North Dakota on Wednesday evening.

Kennedy, 81, was nominated in 1987 by President Ronald Reagan and served 30 years on the Supreme Court, where he was known as a centrist influence. While he voted with the bench’s conservatives on campaign finance and, earlier this week, to uphold Trump’s travel ban, Kennedy also sided with the Court’s liberal justices on issues such as abortion rights, climate change and authoring the majority opinion to legalize same-sex marriage in 2015.

Read more: How Anthony Kennedy’s Swing Vote Made Him ‘the Decider’

Kennedy’s retirement gives the Trump administration an opening to swing the balance of the court for decades. Trump told the crowd in North Dakota that he would nominate a judge that’s “going to that be there for 40, 45 years.”

“Remember this, so we have a pick to come up, we have to pick a great one,” Trump said. “We need intellect, we need so many things.”

Trump has already contributed a young, conservative justice to the court: Neil Gorsuch, 50, who is known for his confrontational style and consistently conservative voting record. Gorsuch was confirmed last year after Senate Republicans refused to hold hearings on President Obama’s nominee, Merrick Garland.

Senate Majority Leader Mitch McConnell promised Wednesday that a vote on Kennedy’s replacement would take place as soon as this fall, according to the Associated Press.

Trump told reporters Wednesday that he would select a name from a list of 25 potential nominees that the White House compiled last year. 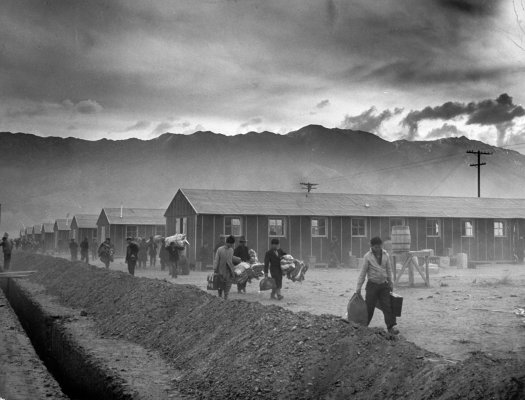 Why Karen Korematsu Isn't Happy With Supreme Court's Decision
Next Up: Editor's Pick