Supreme Court Associate Justice Anthony Kennedy delivers remarks before administering the judicial oath to Judge Neil Gorsuch during a ceremony in the Rose Garden at the White House on April 10, 2017.
Chip Somodevilla/Getty Images
By Mahita Gajanan

A conservative leader from Iowa said the announcement of Supreme Court Justice Anthony Kennedy’s retirement presents an opportunity to roll back Roe v. Wade, the landmark 1973 Supreme Court decision that legalized abortion across the United States.

Bob Vander Plaats, president and CEO of nonprofit Christian organization The Family Leader, said he sees Kennedy’s retirement as an “answer to prayer” in his mission of overturning the legal precedent.

“We have a chance to take down Roe v. Wade,” he said during a Fox News interview. “This is a historic moment in the pro-life community today.”

The vacancy left by Kennedy gives President Donald Trump his second chance to nominate a judge to the Supreme Court. Trump has promised to nominate “pro-life judges” and will likely pick a person who will push the court in a more conservative direction.

Both sides of the abortion debate think Kennedy’s retirement could change the standing of Roe v. Wade, which anti-abortion organizations have wanted to overturn since it was handed down.

Vander Plaats said he was confident Trump would pick a nominee similar to Justice Neil Gorsuch, a conservative judge who was sworn in to the court in April 2017.

“If Gorsuch is the standard, we’d like to see another Gorsuch on that court,” he said. 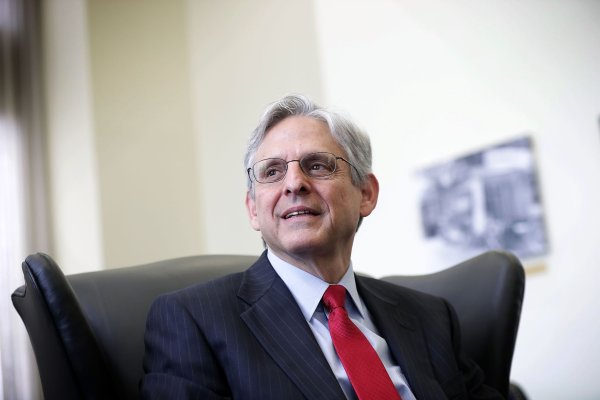 Why Democrats Want Want to Wait to Replace Anthony Kennedy
Next Up: Editor's Pick