Less than an hour after Justice Anthony Kennedy announced his retirement from the Supreme Court, Democratic leadership in the Senate seemed poise to fight over the timing of his replacement’s confirmation.

Democratic lawmakers are still incensed by Senate Majority Leader Mitch McConnell’s refusal to hold hearings for then-President Barack Obama’s Supreme Court nominee after the death of Justice Antonin Scalia in February 2016. At the time, McConnell argued that it would be unfair to confirm a new justice during an election year.

Since Republicans controlled the Senate, Obama’s pick, Merrick Garland, never made it to the Supreme Court; he never even had Senate confirmation hearings. Instead, the seat remained vacant until President Donald Trump nominated Neil Gorsuch, who was sworn in in April 2017.

Now, Democrats, seemingly hoping enthusiasm in the midterm elections could put them in control of the Senate after the November elections, are arguing McConnell should play by his own rules and wait. California Sen. Dianne Feinstein, the ranking member on the Senate Judiciary Committee, which is responsible for the Supreme Court confirmation hearings, called the need to wait for January an adherence to the “McConnell standard.” Sen. Patrick Leahy and Sen. Elizabeth Warren referred to it as the “McConnell Rule.”

But both Trump and McConnell have made it clear they will do no such thing and plan to start working to replace Kennedy immediately after he retires on July 31.

“We will vote to confirm Justice Kennedy’s successor this fall,” McConnell said on the Senate floor following Kennedy’s announcement. “As in the case of Justice Gorsuch, Senators will have the ‎opportunity to meet with President Trump’s nominee, examine his or her qualifications, and debate the nomination.”

That statement contrasted with what McConnell said just an hour after the death of Supreme Court Justice Antonin Scalia was confirmed during the Obama Administration — when he vowed to hold the seat open “until we have a new president.” Democrats highlighted the shift.

“Our Republican colleagues in the Senate should follow the rule they set in 2016 not to consider a Supreme Court nominee in an election year,” Senate Minority Leader Chuck Schumer said on the floor of the chamber Wednesday afternoon. “Millions of people are just months away from determining the senators who should vote to confirm or reject the President’s nominee, and their voices deserve to be heard now, as Leader McConnell thought they deserved to be heard then. Anything but that would be the absolute height of hypocrisy.”

As of Wednesday afternoon, over half of the Democratic Senators on the Judiciary Committee — including Sen. Kamala Harris and Sen. Amy Klobuchar, who are often floated as possible 2020 candidates — had indicated they want to postpone the hearings until after the elections.

“Justice Kennedy was a swing vote in a critical case that affirmed Roe v. Wade. He was a key vote on gay marriage. He cannot be replaced by an ideologue. The American people must have a say,” Klobuchar wrote on Twitter.

But while the Democrats have free range to rail against the timeline — and may score political points for doing it — there isn’t anything they can do to stop it. McConnell was able to thwart Garland’s hearings in 2016 because Republicans controlled the Senate. As the minority party with 49 votes, Democrats have virtually no legislative control. They can imitate what the Republicans did in 2016 and refuse to meet with Trump’s nominee, but that probably won’t make a difference if there is universal support among the GOP – especially now that nominees can be confirmed with a simply majority. 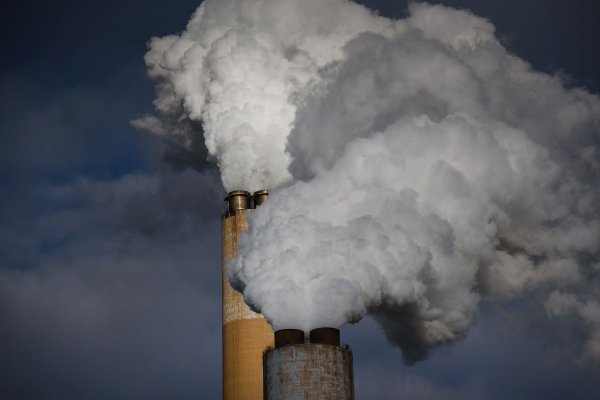 Justice Kennedy's Replacement Could Make It Harder to Fight Climate Change
Next Up: Editor's Pick