How Anthony Kennedy's Swing Vote Made Him 'the Decider'

Justice Anthony Kennedy was featured on the June 18, 2012 cover of TIME for his swing vote on key issues
Photograph by Peter Hapak for TIME
By Katie Reilly

Supreme Court Justice Anthony Kennedy announced Wednesday that he will retire in July — a decision that will leave the court without his pivotal swing vote and give President Donald Trump the opportunity to nominate a replacement who could shift the court further to the right.

“It has been the greatest honor and privilege to serve our nation in the federal judiciary for 43 years, 30 of those years on the Supreme Court,” Kennedy, 81, said in a statement on Wednesday.

Kennedy was nominated by President Ronald Reagan in 1987. During his 30 years on the Supreme Court, Kennedy became a deciding vote on some of the most controversial Supreme Court rulings, including the legalization of same-sex marriage in 2015, the Citizens United decision on campaign finance in 2010, and cases involving abortion rights.

In June 2012, ahead of a landmark ruling on Obamacare, Kennedy appeared on the cover of TIME, labeled “The Decider.” “It is easy to forget that there is still a wide range of issues before the Justices — dull but important matters like pension-fund law, for example — that can be resolved amicably, without need for Kennedy’s deciding vote,” TIME’s Massimo Calabresi wrote then. “But on most cases of great moment, the intellectual battlefield of the Supreme Court has shrunk to the space between this one man’s ears.”

The cover story preceded Kennedy’s role in striking down the heart of the 1965 Voting Rights Act, legalizing same-sex marriage and upholding Trump’s travel ban — all of which were 5-4 decisions in which he sided with the majority.

That year, Kennedy was also named to TIME’s list of the 100 most influential people in the world.

At the time, Theodore B. Olson, who served as solicitor general of the United States under President George W. Bush, wrote about Kennedy’s “indelible and enduring stamp on American life and institutions.”

“So crucial is his vote that lawyers regularly pitch their arguments in close cases overtly to Justice Kennedy,” Olson wrote. Read the rest of his write-up about Kennedy here: 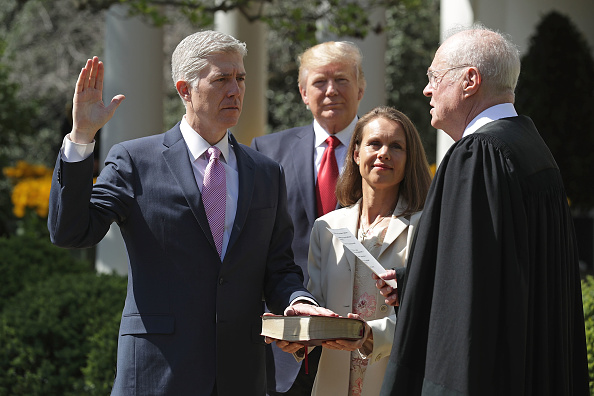 Who Will Replace Anthony Kennedy? Here's the List of 20 Potential Trump Nominees
Next Up: Editor's Pick