Given their impending battle to regain control of Congress, Democrats didn’t need a reason to worry about their fundraising efforts lagging behind that of Republicans. But on Wednesday, the Supreme Court handed them one.

In a 5-4 decision, the court ruled in the case of Janus v. AFSCME that public sector employees do not have to pay agency fees — funds that support collective bargaining — if they are not union members. The decision reversed 1977’s Abood v. Detroit Board of Education and voided laws in 22 states mandating that employees pay such fees. Unions quickly framed the widely-expected decision as an example of corporations’ ability to exert power over the working class. “A bare majority of the court, over the vigorous dissent of four justices, has conceded to the dark web of corporations and wealthy donors who wish to take away the freedoms of working people,” read an AFL-CIO statement.

The case has significant political ramifications, particularly for Democratic fundraising efforts. Unions are not allowed to use agency fees for political activity; those funds must go towards collective bargaining. But experts say the loss of such funds could force unions to spend money on bargaining they might otherwise have used for different purposes, like political activity. (While unions are prohibited from using their treasury to donate directly to candidates’ coffers, they can use it for independent expenditures and contributions to outside groups). Given unions’ typically leftward political leanings, that could be particularly painful for Democrats.

“To the degree that money is fungible, this could have a negative effect on [unions’] ability to recruit as well as on political activities,” said Sheila Krumholz, the Executive Director of the Center for Responsive Politics. “If they have less to spend from agency fees on collective bargaining, where will that money come from? They won’t stop collective bargaining, perhaps it will come from the membership dues that could be spent on political activity.”

Union leaders aren’t copping to any changes in their spending strategy just yet. “We just don’t know what the impact is going be on contributions, [and] what decisions any particular union will make given the situation they are faced with,” said AFL-CIO General Counsel Lynn Rhinehart. But James Feigenbaum, a Boston University economics professor who studies the labor movement, said that after laws voiding agency fees were passed in Michigan and Wisconsin, donation money was indeed shifted away. “It’s really a reduction in the amount of money coming from unions, but also the reduction in the amount of money taken in by Democrats,” he said. It’s likely the same phenomenon will replicate itself on the national level.

Democratic candidates are so far repeatedly out-raising their Republican counterparts ahead of November’s midterm elections. But when it comes to party organizations like the Republican and Democratic National Committees, and outside groups like Super PACs, Republicans still have the advantage. Unions don’t necessarily close this gap, but they help level the playing field somewhat. AFSCME, the defendant in the Supreme Court case decided this week, donated $15 million during the 2016 election, according to an analysis from the Center for Responsive Politics. Much of that money went towards liberal Super PACs like House Majority PAC, Priorities USA, and For our Future, which labor unions launched that cycle in conjunction with Tom Steyer. Labor unions as a whole spent over $217 million in 2016; 88 percent of the $67 million they contributed directly to candidates went to Democrats. This cycle, labor unions have already spent $74 million; nearly half of those funds went to Democratic candidates.

“This is a political disaster for the Democratic Party,” Taylor Dark, an associate professor at California State University Los Angeles and the author of The Unions and the Democrats: An Enduring Alliance, wrote in an e-mail to TIME. “The reason is simple: public employees unions are large, with vast sums of money, and they have been able to use their money and staff to promote Democratic ideas, candidates, and legislation. The Janus ruling makes that all much more difficult.”

President Trump was even more blunt in his assessment. “Big loss for the coffers of the Democrats!” Trump tweeted Wednesday after the ruling. One Democratic aide, who requested anonymity to discuss internal fundraising dynamics, offered a similar sentiment: “It’s probably safe to say it’s not helpful for democratic campaigns or progressive groups.”

It’s likely that this outcome is exactly what those bankrolling Janus wanted. Plaintiff Mark Janus was represented by the Liberty Justice Center; The New York Times reported in February that the organization’s key financial supporter was Republican mega-donor Richard Uihlein. Meanwhile, the non-partisan Economic Policy Institute published a paper in February linking a string of court cases challenging unions to a hub of wealthy conservative donors, including Uihlein and the Koch brothers.

Still, some Democrats remain optimistic that the decision will serve to rally progressives spiritually and financially, potentially dulling the impact. “Anything that exposes how hard Republicans worked to protect corporate interests will energize small dollar democratic donors; we’ve seen that from Citizens United to the fight around the tax plan and we will see it around Janus,” said Jesse Ferguson, a Democratic strategist who ran the Democratic Congressional Campaign’s independent expenditures in 2014. “For every dollar they think they have taken from unions, I think they are going to be met by a dollar infused from the grassroots.” 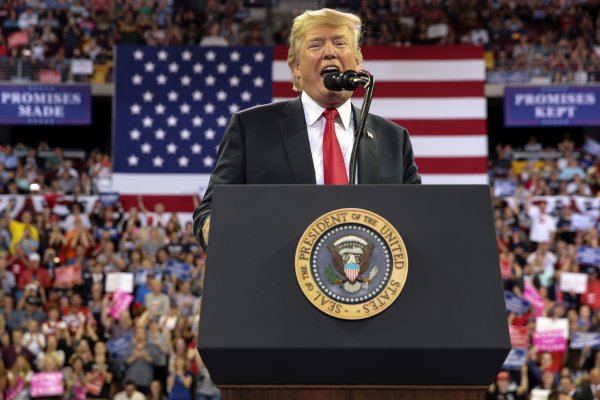 Here Are the All the Recent Campaign Donations That Might Raise Eyebrows
Next Up: Editor's Pick