President Donald Trump lashed out at late night talk show host Jimmy Fallon on Twitter, and instead of mocking the President for his tweet with some comedy, Fallon made a pledge.

The Twitter spat all started back in September 2016, when then-candidate Trump stopped by The Tonight Show to chat with Fallon and famously letting the host tousle his hair during the campaign appearance. Critics said that Fallon’s jocular interview and hair tousling “humanized” Trump in the middle of a heated presidential election, which Fallon said was not his intention at the time. Fallon addressed the fall-out of that appearance in an interview with The Hollywood Reporter saying that he “made a mistake” and would do it differently now.

That did not sit well the President of the United States. On Sunday, Trump tweeted: “.@jimmyfallon is now whimpering to all that he did the famous “hair show” with me (where he seriously messed up my hair), & that he would have now done it differently because it is said to have “humanized” me-he is taking heat. He called & said “monster ratings.” Be a man Jimmy!”

Instead of responding in kind to the man sitting in the Oval Office, Fallon decided to respond with a commitment. On Monday morning, Fallon tweeted: “In honor of the President’s tweet I’ll be making a donation to RAICES in his name.“ RAICES is an immigration rights organization, fighting Trump’s family separation and immediate deportation policies. No word from Trump yet as to whether Fallon’s donation constitutes being “a man”. 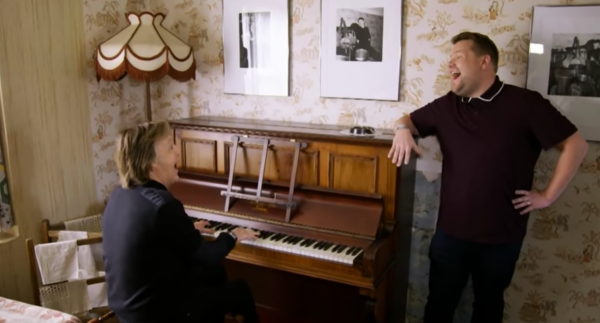