During a Thursday appearance on The Late Late Show With James Corden, Turner addressed the fan theories surrounding her latest ink—House Stark’s direwolf sigil above the words, “The pack survives”—explaining that it is simply a nod to the Stark family maxim, “When the snows fall and the white winds blow, the lone wolf dies but the pack survives,” and not a spoiler.

“It’s just a quote from last season,” she told Corden. “Everyone figures that the pack really does survive, but it’s just a moral that I like to live by.”

Unfortunately for Turner, Thrones fans have gotten wise to the cast’s habit of teasing. Not to mention that she was the one who originally suggested that a wolf tattoo would signify Sansa’s survival.

“With Thrones, we were like, if we make it all the way through, hopefully we could all get a matching wolf but we don’t know if we’re going to make it,” she told E! on the 2017 Emmys red carpet. 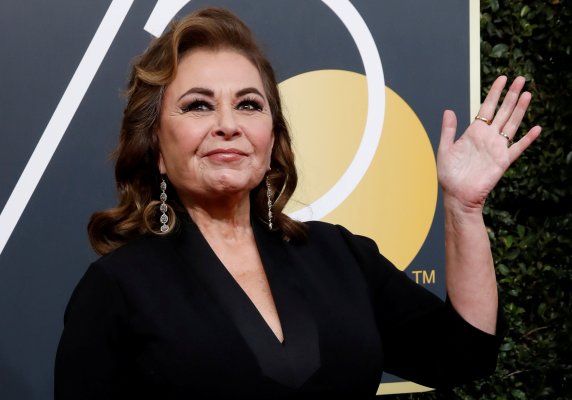 ABC's 'Roseanne' Spinoff 'The Conners' Divided the Internet
Next Up: Editor's Pick