As Morocco desperately searched for a stoppage time equalizer to Cristiano Ronaldo’s fourth-minute header during their Wednesday match against Portugal, one player’s actions earned him some ire from World Cup fans.

With time running out, Portugal defender Pepe staged a particularly egregious flop following a tap on the back from Morocco’s Medhi Benatia. The dive quickly sent soccer Twitter into a frenzy as footage of the stunt began making the online rounds.

“Please keep Pepe in your prayers after this assault from Benatia,” the World Cup Goals account jokingly captioned the video.

“Aaaaand the Oscar for best actor goes to Pepe!!” added another user.

Morocco went on to lose the game 1-0, becoming the first team to be eliminated from the international tournament.

See some more reactions to Pepe’s dive below. 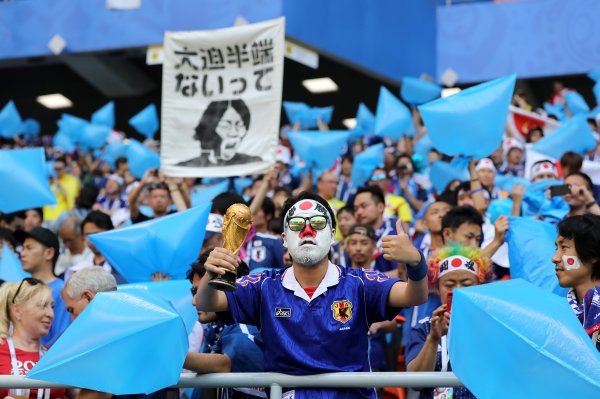 Japanese Fans Cleaned Up the World Cup Stadium After Big Win
Next Up: Editor's Pick