Japan kicked off the 2018 World Cup with a stunning 2-1 win against Colombia on Tuesday, at the Mordovia Arena in Saransk. And most of what you need to know about this victory is one star player’s reaction to scoring a goal.

Winning at soccer is one thing, but it helps if someone has a jubilant reaction to go with it. And on Tuesday, that someone was Japan’s forward Yuya Osako. Japan took the lead and held onto if for dear life in the 72nd minute on the wings of Osako’s header in the chaotic second half. Unfortunately for José Pékerman and the rest of Colombia’s merry band of players, a hand ball turned into a penalty kick forced Colombia to play with only 10 men.

But that’s their loss and Japan’s win.

Because thankfully, blessedly, photographers were on hand to capture Osako celebrating a goal with midfielder Gaku Shibasaki during the match. And at that precise moment, the pure joy in his eyes embodied the whole world’s ecstasy. His leaps through the air are the song in everyone’s heart.

This result marks Japan’s sixth straight World Cup. Suffice it to say that this guy was pumped.

This means that Colombia has some work to do, and lets Poland and Senegal know they’re the country to beat. See him celebrate below. 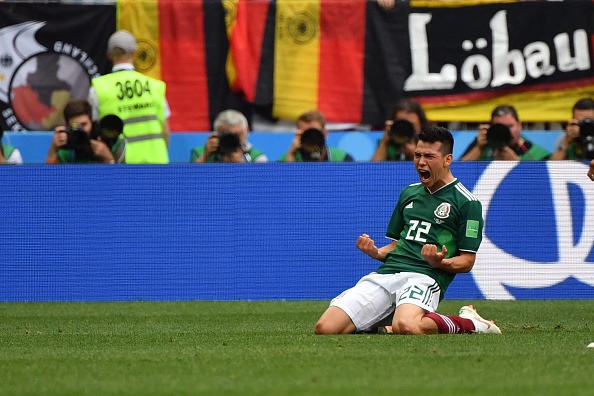 People Are Convinced This Grandma Is Responsible for Mexico's Stunning World Cup Win Over Germany
Next Up: Editor's Pick