Meghan Markle, Duchess of Sussex, and Queen Elizabeth were all smiles at their first official solo outing together.

The 36-year-old Duchess and Queen Elizabeth, 92, were in Cheshire on Thursday for the opening of the Mersey Gateway Bridge and Chester’s Storyhouse Theatre.

Markle wore a caped cream dress by the same French design house behind her wedding gown, Givenchy. The Queen wore a suit in her signature neon green designed by Stuart Parvin, who also designed her royal wedding getup.

But the best thing they wore were their smiles. In fact, the newly minted Duchess of Sussex appeared to make the Queen chuckle as she leaned toward her in one photo, and the adorable giggly scene quickly made the rounds online as people pointed out that the two are already getting along famously.

During the event, Markle and the queen watched a drama performance by local students called“Drop in the Ocean.” Queen Elizabeth also revealed a plaque to officially declare the bridge was open.

There was also a moment of silence that paid tribute to the victims of the Grenfell Tower fire on its one-year anniversary. 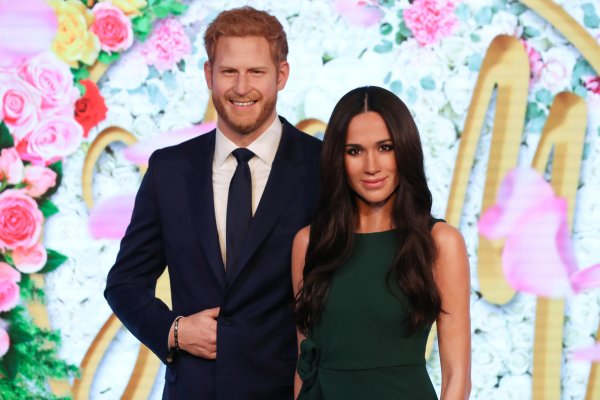 People Reacted Accordingly to This Meghan Markle and Prince Harry Stunt
Next Up: Editor's Pick