President Donald Trump and North Korean leader Kim Jong Un’s summit may have been a historic attempt at peace, but the more irreverent corners of Twitter were focused on the pants.

After meeting face to face on Tuesday, the two leaders signed a document promising to work toward “complete denuclearization of the Korean Peninsula.” But that wasn’t the only thing to come out of the meeting. Trump’s standard photo opportunities have a way of inevitably turning into funny memes, so it shouldn’t surprise anyone that the internet would also react to a less than key talking point: pants.

Trump has made a habit of wearing pants on the looser side, and the North Korean dictator’s trousers were even wider. And as we all know Napoleon never said, where there are two men making similar unmissable style statements, the internet will reliably chime in.

Fashion critiques about the pants have lit up the internet, as Twitter users found the image of the two leaders irresistible. “Peace begins with ill-fitting trousers,” one user wrote. And you better believe JNCO was invoked.

See some of the Trump and Kim Jong Un memes below. Elsewhere, the memes continued. 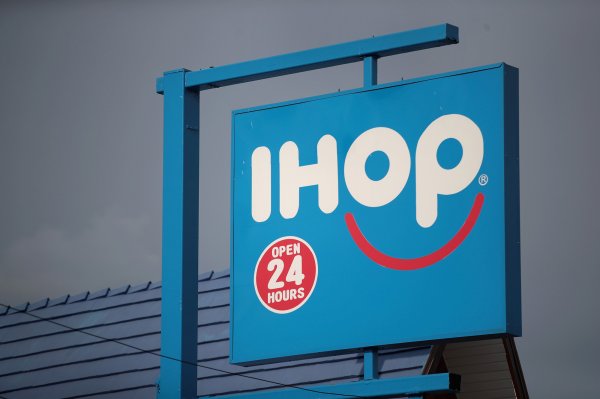 Of Course Wendy's and Denny's Started a Beef With IHOP After Their Big Burger Announcement
Next Up: Editor's Pick