“The United States and North Korea have been in a state of antagonism for more than half a century,” China’s Foreign Minister Wang Yi told reporters at a news conference in Beijing following a meeting with ASEAN Secretary-General Lim Jock Hoi. “Today, that the two countries’ highest leaders can sit together and have equal talks, has important and positive meaning, and is creating a new history. China of course supports it.”

Wang also expressed hope that Trump and Kim would “overcome difficulties and [be] able to reach basic consensus on the denuclearization of the peninsula.”

Trump and Kim concluded the summit on Singapore’s Sentosa Island by signing an agreement that offered undisclosed American “security guarantees” in exchange for a commitment from North Korea to “work toward complete denuclearization of the Korean Peninsula.”

Wang emphasized China’s “constructive” contribution to ensuring the future security of the Korean Peninsula. As North Korea’s closest ally and largest trading partner, China occupies a significant role in North Korean affairs. Kim visited Beijing twice in the lead up to the summit, and one of the three planes in Kim’s escort to Singapore was a private Air China jet that has previously ferried top-level Chinese officials, including President Xi Jinping, according to South Korea’s Yonhap news agency.

“I don’t think anybody should doubt the unique and important role China plays in this process,” Wang said.

A Chinese foreign ministry spokesperson also suggested that sanctions against North Korea could be lifted following the summit, Reuters reports. 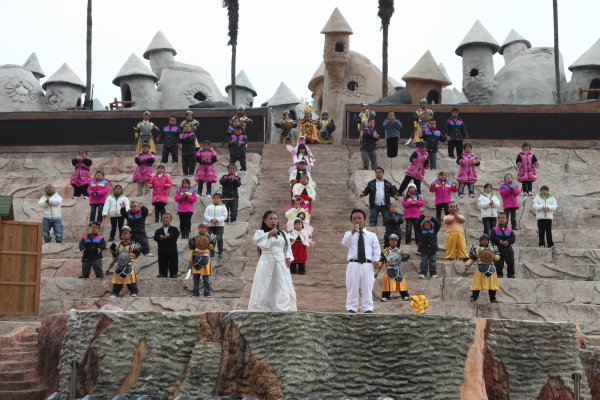 Finding Love in the Kingdom of the Little People
Next Up: Editor's Pick