South Korea's President 'Could Hardly Sleep' on Eve of the Historic Summit Between the U.S. and North Korea

The unprecedented, one-on-one meeting in Singapore Tuesday aimed to kickstart a process that would lead to denuclearization on the Korean peninsula and resolve seven decades of hostilities between the world’s largest nuclear power and the isolated pariah state.

Moon, who has championed the summit and often acted as a mediator between his American and North Korean counterparts, said he joins “all the people in ardently aspiring for the success of the summit to bring complete denuclearization and peace to us and usher in a new era among the two Koreas and the United States.”

Photos showed Moon tuning in to watch coverage of the summit from the presidential office, also known as the Blue House, in Seoul.

Shortly before Trump flew to Singapore, he and Moon spoke by phone for over 40 minutes.

The White House said the two presidents reiterated their commitment to “close coordination” after the summit, but the readout did not elaborate on the discussion.

According to the Blue House, Moon told Trump, “all Koreans would pray with all their hearts” that he will make a “miraculous achievement” at the talks. Trump reportedly said he would send Secretary of State Mike Pompeo to Seoul soon after the summit to debrief Moon.

While still also expressing optimism, in an earlier statement Moon warned that resolving the deeply rooted crisis and nuclear brinkmanship will take more than a single encounter.

He said dismantling the North’s nuclear arsenal and ending the disputes could be a “long process that could take one year, two years or even longer.” 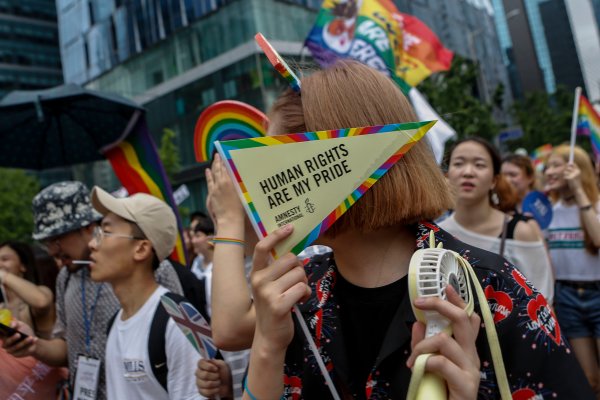 Don't Forget the Dark Side of Living in South Korea
Next Up: Editor's Pick