On what would have been cultural legend Prince’s 60th birthday, Claws star Niecy Nash had a hilarious anecdote to share about her meeting with the Purple One — and it included a flirtatious encounter with Leonardo DiCaprio.

During an appearance on The Late Show with Stephen Colbert, Nash opened up about the time that she and a friend snuck into one of Prince’s legendary Grammys after parties. After revealing that her strategy to get into the party was to “use your best assets to get in the door,” Nash and her friend set off on their mission to find Prince, but not before running into Leonardo DiCaprio, who Nash said was very charming to her and her friend.

Eventually, Nash and her friend found out that Prince was reportedly behind a door with security, which they resourcefully sidestepped by telling the guard that Nash’s friend was Prince’s cousin. Prince then came to answer the door himself, only to find Nash and her friend.

“And he said ‘nice try’ and shut the door in our face!” Nash said. 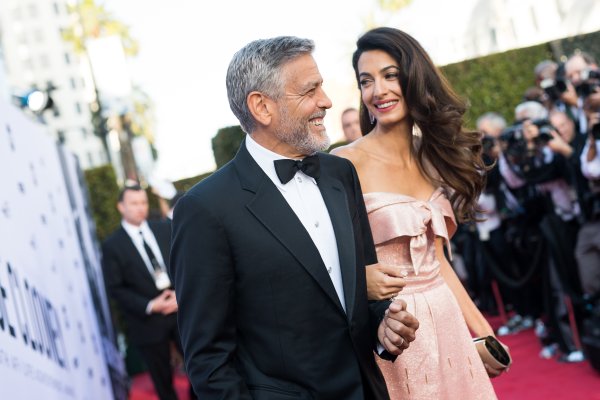 Amal Clooney Honored Her Husband George With a Loving Speech
Next Up: Editor's Pick