Taylor Swift has plenty of her own music out — after all, she’s currently on tour for her sixth album Reputation. But she’s also kept busy behind the scenes co-writing songs for country acts like Little Big Town and Sugarland. And now, she’s also getting a starring role in one of their music videos.

Swift co-wrote country duo Sugarland’s breakup song “Babe” with Pat Monahan back in 2012, and thanks to a reveal at Wednesday night’s CMT Music Awards with a cinematic music video trailer, it looks like she’ll be appearing in the song’s music video as well. The Mad-Men-style video features a red-headed Swift playing what looks like the “other woman” role, alongside actor Brandon Routh as the conflicted love interest.

Swift is no stranger to narrative-style music videos (see: “Bad Blood,” “Blank Space”), nor is she a stranger to the retro red-lipsticked look that she dons for the video in full 50s-era fashion, but she rarely gives cameo appearances in others’ videos. Then again, Sugarland — consisting of Jennifer Nettles and Kristian Bush — are a lauded country act, and although Swift has long since moved away from that genre and now makes pure pop bangers, she still clearly has a sweet spot for that scene.

The full music video is expected to drop Saturday. Until then, you can try to parse through the clues in the clip and consider the alternate universe in which Swift is a redhead. 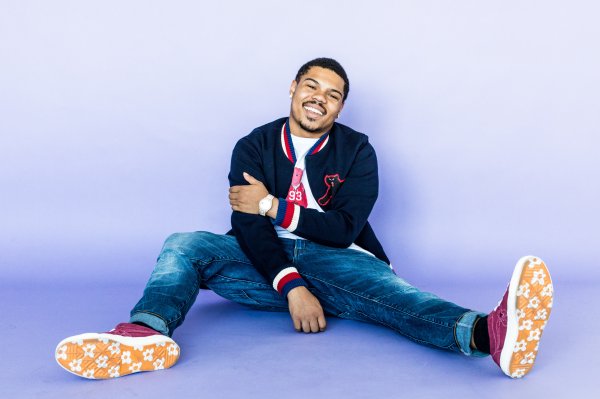 Taylor Bennett Opens Up With Buoyant New Song "Be Yourself"
Next Up: Editor's Pick