The Cleveland Cavaliers may have dropped a third straight NBA Finals game to the Golden State Warriors, but, as per usual, it wasn’t for a lack of effort from LeBron James.

When all was said and done, LeBron came away with a triple-double—33 points, 11 assists, 10 rebounds—in the Cavs’ 102-110 Wednesday night loss to the Warriors at Cleveland’s Quicken Loans Arena. But he executed his (arguably) most impressive stunt just a few minutes into the game.

As the first quarter began to heat up, Bron found himself guarded by Golden State’s JaVale McGee at the top of the key. With the shot clock ticking down, he proceeded to fake out McGee before tossing the ball off the backboard for a commanding self alley-oop dunk.

Of course, this isn’t the first time LeBron has pulled off this particular impressive feat. In fact, it’s not even the first time he’s done it in the Finals—Game 4 of the 2017 championship series featured a similar move from King James. 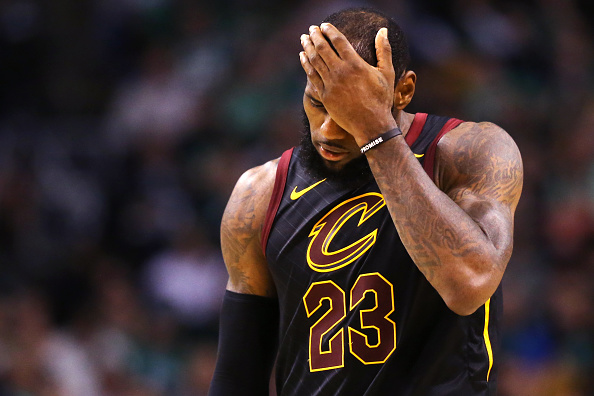 Everyone Wins Thanks to LeBron James's Game-Changing Reaction to J.R. Smith's NBA Finals Mistake
Next Up: Editor's Pick