The nonprofit behind Sesame Street has lost a legal battle in the fight to stop the creators of Melissa McCarthy’s raunchy puppet comedy The Happytime Murders from using the tagline “No sesame. All street.”

A New York Judge ruled on Wednesday that distributor STX Productions can continue to use the tagline, “No sesame. All street,” to promote the R-rated flick despite Sesame Workshop’s claim that the marketing campaign creates public confusion about Sesame Street‘s wholesome brand.

U.S. District Judge Vernon Broderick said in his ruling that the slogan is actually a “humorous, pithy way” to distinguish Happytime Murders from the beloved children’s show, according to New York Daily News.

For their part, the makers of Happytime—which was directed by Brian Henson, son of Muppets creator Jim Henson—were quick to make their admiration for Sesame Street known via a statement attributed to puppet lawyer Fred, Esq.

“We fluffing love Sesame Street and we’re obviously very pleased that the ruling reinforced what STX’s intention was from the very beginning—to honor the heritage of The Jim Henson Company’s previous award-winning creations while drawing a clear distinction between any Muppets or Sesame Street characters and the new world Brian Henson and team created,” it read.

Correction: The previous version of this story misstated the status of the lawsuit brought by Sesame Street. Sesame Street lost a request for a temporary restraining order, but the lawsuit is still ongoing. 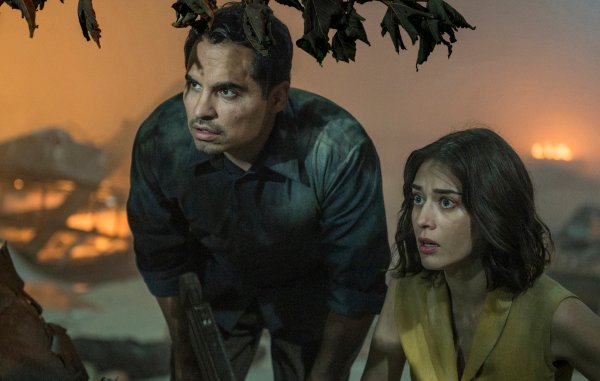 All the New Original Movies You Can Stream on Netflix This Summer
Next Up: Editor's Pick