TIME’s cover this week is unlike any in the magazine’s 95-year history.

Working with Intel, the cover was made by using 958 of the company’s Shooting Star™ drones to create the iconic TIME logo and red border in midair over California.

Intel’s drones, which you may have seen during the Winter Olympics, appear as dots in the sky and can be pre-programmed to create all manner of recognizable shapes and designs.

Video Still by Drone for TIME

This is also the first TIME cover to feature an image made by a drone. It was captured by a specialized drone used for commercial and film cinematography that recorded the light show from start to finish.

In the video above, watch as the TIME all-drones cover is assembled in midair in just a few minutes. 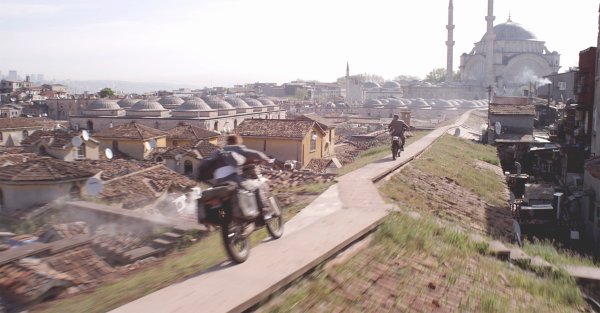 How Drones Are Revolutionizing the Way Film and Television Is Made
Next Up: Editor's Pick