After clinching 42 Emmy nominations combined for its first two seasons, we’ve got a little less than one week to go before Westworld Season 3 comes right back at us with the speed of a robot bull.

Look at these two getting us hyped.

Luckily, there have been plenty of fan theories to feed the frenzy until it’s time for Westworld to return. Now it’s finally time for the next installment.

With that in mind, here’s everything to know so far about the latest details on Westworld Season 3 news, from the release date to the cast.

When is Westworld season 3 premiering?

How many episodes will Westworld season 3 have?

Clocking in at eight episodes, Westworld season 3 is the shortest season yet.

Thanks the The Wrap, fans have learned that the remaining episodes in the first half of the season are titled as follows:

Episode 3: The Absence of Field

Episode 4: The Mother of Exiles.

These episodes clock in at one hour each, so every Sunday night after the opener, Westworld ends at 10 p.m. EST.

Why did fans wait so long for the show to come back?

The last time Nolan answered the “when” question, he basically said they’re not going to rush perfection.

“It’s an ongoing conversation with our friends at HBO, and for us, with a show of this scope and scale, we’re not interested in doing the compromised version,” he told Entertainment Weekly. “We want the show to get bigger and bigger and more ambitious and this takes time. We want to take all the time we need to get it right.”

The show’s popular first season debuted in October 2016 and ended in December 2016. But fans didn’t get their Westworld fix until season 2 returned more than a year later in April 2018.

How did Westworld season 2 end again?

Creators Jonathan Nolan and Lisa Joy really threw everyone for a loop in season 2 a.k.a. “The Door.” The robots went way off-script in a story that focused largely on themes of humanity, privacy and the rebellion we were waiting for. And the twisty finale “The Passengers” finally took us to the Valley Beyond, and set the stage for what should be a wild ride for the third season.

By season’s end, a number of hosts have successfully escaped to a mysterious heavenly paradise within the Forge. But sadly, Maeve (Thandie Newton) and company just don’t make it, so it seems at the time. And in its final moments, the show hit us with a major revelation: Dolores the host has been secretly hiding within the body Charlotte Hale (Tessa Thompson) and she’s headed out of Westworld with a fancy handbag full of robot brains.

All of this raises some complex questions about where season 3 will take us from here. What will become of the robots who look like they’re in terrible shape? Can Dolores survive outside the park?

What did we learn from the latest trailer?

“I was born into this world, and my first memories of it were pain,” Dolores’ voiceover begins in the latest official Westworld trailer. From this look, it would appear that the robot uprising continues, but now it is spilling out even further into our world. With a piano rendition of Guns N’ Roses “Sweet Child O’ Mine” in the background, we get a window into how the third season will pit Maeve against Dolores and a hint that “the old hosts are coming, and they’re very angry.” And it looks like Aaron Paul (Breaking Bad) will play a significant role as Dolores’s potential ally.

What will Westworld season 3 be about?

While the show may not ditch the amusement parks entirely, the action will head outside of Westworld as we know it.

“It’s been a long build-up to get outside the park. And we’re incredibly excited about what that looks like and sounds like and what exactly our hosts discover out there,” Nolan told EW. He later told EW that things will come into focus for viewers. “[It will be] a little less of a guessing game and more of an experience with the hosts finally getting to meet their makers,” he said.

So it stands to reason that the universe will likely expand into more parks. We just don’t know where yet. In the 1973 Michael Crichton Westworld movie, tourists with thick wallets could also visit parks like Medieval world (swords!) and Roman world (hedonism.)

Who’s coming back for season 3?

Dolores (Evan Rachel Wood) and Maeve are both on board for season 3 after notable season 2 milestones. Each actor confirmed this when they were vocal about equal pay, saying that they’ll receive the same salary as stars Ed Harris and Anthony Hopkins in season 3. Tessa Thompson is also back as Charlotte Hale. Rejoice! Recall that she’s really just hosting Dolores’s consciousness though. From the looks of the trailer, the Man in Black (Ed Harris) returns too.

Will we finally kiss sweet Teddy (James Marsden) goodbye forever? If there aren’t any backups somewhere in the park, it would appear we’ve seen the last of him. But what if someone simply deposited his brain into another host? Westworld could always pull off a major twist. After all, Ford came back in season 2 after everyone told us that he was gone for good.

How can I watch Westworld season 1 and season 2 to catch up?

There’s plenty of ways to go back and revisit the grand puzzle. You can watch Westworld on the HBO Now and HBO Go apps. But it’s not only on HBO. Looking for how to watch Westworld without HBO? There’s a number of ways to see Westworld online. Westworld is also available through Amazon’s Prime Video package, Hulu and PlayStation Vue, all of which offer free trial periods.

What are the biggest Westworld theories?

This show’s twisty structure invites speculation. One of the most compelling Westworld fan theories is that Bernard is really Teddy. Exhibit A: Westworld’s bespectacled Head of Programming wears Teddy’s clothes and is often very confused about the scrambled chronology in his head. Exhibit B: We know that a host’s brain parts can be extracted and transplanted, so if the park pulled off some sort of Teddy and Bernard switcheroo, it might explain why the character we see as Bernard feels so lost.

Another redditor believes William is Ford’s son. If that’s the case, just like Clarissa, his major case of daddy issues will explain it all.

There’s no official information on the plot yet. Hopefully, the show returns with double the fun and triple the moral ambiguity. 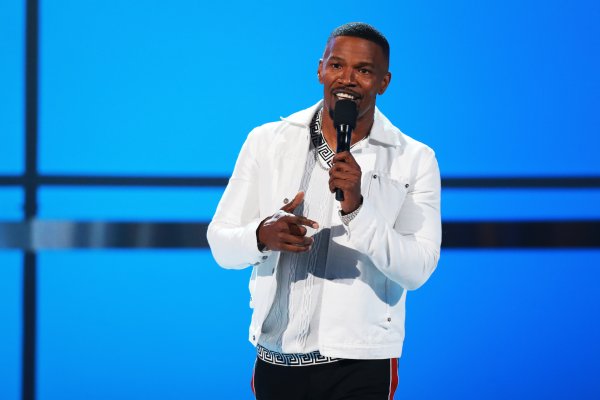 Kendrick Lamar and Cardi B Win Big at the 2018 BET Awards
Next Up: Editor's Pick