Many people spend the long Memorial Day weekend with a barbecue, most don’t try to light the fire by setting an American flag blanket ablaze.

That’s what happened this weekend, when an unidentified man set fire to his American flag blanket and accidentally started a wild fire that spread across five acres of Washington State land. Thankfully no people or buildings were harmed in the blaze.

Pictures shared by Grant County Fire District 13 on Facebook showed fire trucks spraying down land that had been scorched by the fire. Authorities are investigating the blaze, but have not shared the identity of the man accused of starting the fire. It’s also unclear whether the man would be penalized for setting fire to the blanket and sparking the fire, which burned through acres of sagebrush near the town of Ephrata in Central Washington State.

It’s not known whether the man set fire to the American flag blanket as a political act or if he merely thought it was a good idea at the time, Newsweek notes. As the fire department noted in their Facebook post, “No matter your political views, we think it’s safe to say we can all agree starting a wildfire is no good!” 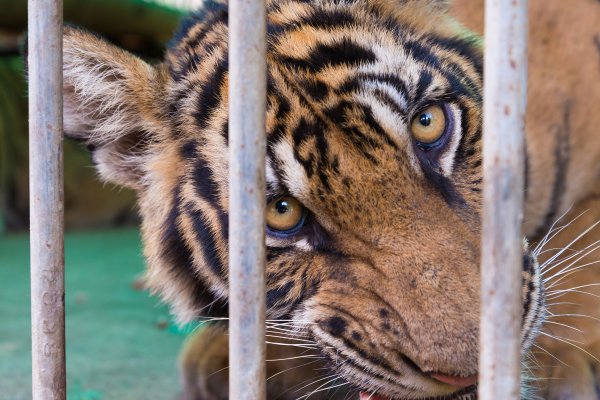 The Caged Live Tiger at This Prom Did Not Go Over Well
Next Up: Editor's Pick