Young adults who still live with their parents may not have a lot in common with Michael Rotondo. Their parents probably haven’t formally evicted them (yet, at least), and they might have some kind of job or be pursuing some kind of degree.

But the case of a 30-year-old who now, under court mandate, must vacate his family home after his parents requested he move for years with letters, money and, eventually, a court case, sheds light on an increasing number of young people still living with their parents in the United States.

And the number of these young adults will likely continue to grow. The percentage of young adults living at home has increased nearly each year for decades, according to data from the U.S. Census Bureau. In 2016, 18.3 percent of men and 11.5 percent of women ages 25 to 34 lived with their parents. That’s nearly double the amount of men and women who lived with their parents at the same age in the late 1960s.

A wide range of factors can bring a young adult into their parents’ home. Experts point to the older age at which most young adults get married. Decades ago, when it was most common for men and women to wed in their early 20s, marriage would take them out of their parents’ homes. Now, there is close to a decade in between then and when most adults get married now, leaving individuals to navigate other cohabiting options. On top of that, growing cost of living expenses, slow-moving wage growth and heightened real estate prices in major urban areas can make living at home with parents — if possible — a financially responsible move for young adults hoping to save enough money to eventually live on their own. The average salary for men has been on the decline, and “the more a young man earns the less likely he is to live at home,” a 2016 Pew Research study said.

But young adults with a plan — whether that is continued education, starting a career, applying for jobs, or anything else deemed productive — are typically welcomed with open arms from their parents, said Jeffrey Arnett, a psychology professor at Clark University who studies emerging adulthood.

“Parents are happy to have their kids at home during emerging adulthood as long as the emerging adult is pursuing some kind of plan,” Arnett, who has interviewed parents and adults on this trend for more than 20 years, said.

It’s in cases like Rotondo’s where young adults can overstay their welcome. Before they took legal action, Rotondo’s parents offered him money and suggested he find a job to start supporting himself. “There are jobs available even for those with a poor work history like you,” the parents said in a note to their son in February. “Get one — you have to work!” Rotondo told CNN on Wednesday he now plans on getting a job. (He told Business Insider and other media outlets he was too busy trying to see his own son, who he does not live with.)

Rotondo’s case has perhaps been used to further employ the common trope of the lazy, no-good millennial mooching off his parents’ wealth and aid. (Despite being 30 years old, Rotondo, however, told CNN he does not identify with the millennial generation since he’s conservative.)

But Arnett was quick to say the stereotyping of the millennial generation has gone too far. And in the case of most millennials who still live at home, Rotondo’s situation is far from typical.

“There’s nothing shameful about families supporting each other,” Arnett said. 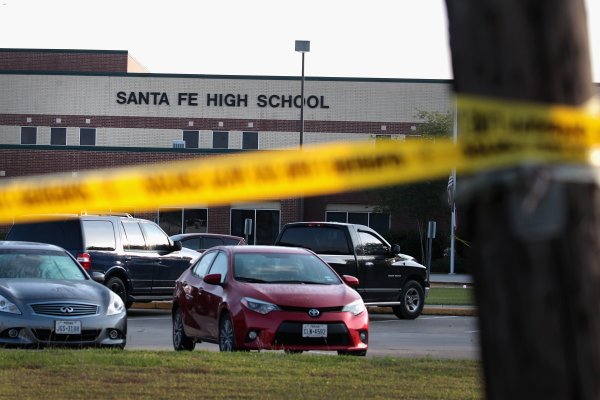 Santa Fe Reveals Danger of Being Substitute Teacher
Next Up: Editor's Pick