NOAA’s 2018 Hurricane Forecast Is Here. There’s a Good Reason to Trust It

The 2018 hurricane season in the Atlantic, which officially kicks off June 1, is expected to be of average to above-average in intensity, according to the National Oceanic and Atmospheric Organization’s annual hurricane forecast released Thursday.

And there’s reason to believe this is a likely possibility. A TIME examination of the past 15 years of NOAA’s forecasts found that the agency’s predictions of the number of significant storms, which are provided as high and low estimates, are usually correct or close to correct, with some major exceptions.

In May of 2017, for example, NOAA predicted 11-17 named storms and 5-9 hurricanes, of which 2-4 would become major hurricanes. According to our analysis of the National Hurricane Center’s detailed database of all Atlantic storms, there were in fact 17 cyclones that reached tropical storm status, 10 of which became hurricanes and six of which were major hurricanes, including Hurricane Harvey, Hurricane Irma and Hurricane Maria. That puts the estimates off by only a small margin, breaking a three-year streak in which NOAA’s estimates in all three categories had been correct.

The following visualization shows the estimates as bars from low to high predictions, mapped against dots representing the actual number of storms. Any line of dots that ends inside the bar means NOAA’s estimate was correct. Note that the green dots include all storms, while the orange dots above are the subset that became hurricanes, and the red are the subset that were major hurricanes.

NOAA’s climate scientists release these estimates every May and update them later in the hurricane season. They using a cascade of data from many sources — satellite data, historical patterns, aircraft observations, ocean buoys and many others — to feed a model of ever-growing complexity. “We use all the data we can get,” says Dr. Gerry Bell, the lead seasonal hurricane forecaster at NOAA’s Climate Prediction Center.

The estimates that NOAA’s model produces are accurate about 70 percent of the time, its developers say, and are often only off by one or two storms outside the projected range. In the mythically tricky world of predicting the weather even a day in advance, this is not a bad track record.

The estimates from TIME’s analysis found that 28 of the NOAA’s 45 estimates, or 62 percent, were correct, while the average error was about 3 years high or low — a figure driven up by dramatic underestimates in 2005, the year of Hurricane Katrina, and dramatic overestimates in a comparatively quiet 2006. An average hurricane season in recent years is defined as 12 named storms, six of which are hurricanes and three of which are major hurricanes.

“We’ve gone a long ways to improving confidence in these seasonal outlooks,” Bell says. But he acknowledged that even 100% accuracy in predicting the number of storms and their windspeed would not obviate the need for precautions in hurricane-prone areas. “We cannot predict how many of these storms will actually make landfall,” he cautions. 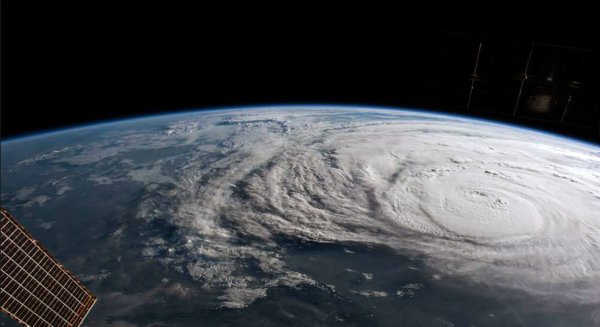 2018 Is Going to Be Another Bad Hurricane Season. Here's What to Expect
Next Up: Editor's Pick