My Youngest Son Was Murdered at Sandy Hook. I Worry About the One Who Survived

People visit a cross for Christopher Stone at a memorial for the victims of the Santa Fe High School shooting on May 21, 2018 in Santa Fe, Texas.
Brendan Smialowski—AFP/Getty Images
Ideas
By Nicole Hockley
Hockley, whose son Dylan was killed at Sandy Hook Elementary School, is a cofounder and the managing director of Sandy Hook Promise.

“I’ve always kind of felt like eventually it was going to happen here too… I wasn’t surprised. I was just scared.“

These are the words of a student who survived the shooting at Santa Fe High School in Texas, on May 18. Eight of her classmates and two educators didn’t. While the tragic loss of life hurts my heart, it is her words that haunt me. When did we become a country where gun violence and school shootings have become so normal that our children expect them to happen to them one day?

Those words — that acceptance — are the price of living in America.

It is hard to feel as if we haven’t lost interest or, at least, willpower. Ten people killed, in the 22nd school shooting in only the 20th week of 2018, and yet instead of telling us the stories of the lives taken so that we can feel their loss, this weekend the media directed our focus toward the Royal Wedding. Why? Because unlike students being murdered in their American classrooms, a Royal Wedding is a rare event.

Gun violence and school shootings were not something that I thought about before five years ago. I remembered Columbine and Virginia Tech, but they seemed like one-time events, never to be repeated. In my privileged white suburban life, I was not actively conscious of the many young people of color who lost their lives every day as a result of gun violence in communities across our country.

My eyes were opened to gun violence on December 14, 2012, when I sent both of my sons to school at Sandy Hook Elementary School, and only one son came home. That was the day I truly woke up — the day my beautiful 6-year-old boy, Dylan, would never wake up again.

After his murder, I helped launch Sandy Hook Promise, making it my life’s mission to prevent senseless gun violence by teaching youth and adults to know the signs of someone at risk of hurting themselves or someone else, and taking action to intervene before violence occurs. Our no-cost programs have saved many lives and have stopped mass shootings. I know we are having an impact…

But then another shooting takes place, and I know I must work harder and faster to prevent the next one. It’s never fast enough. According to Gun Violence Archive, the Santa Fe High School tragedy is the 1,686th mass shooting since Sandy Hook.

No student should have to wonder if — let alone when — a shooting will happen at their school. No parent should ever get the news the parents in Santa Fe and I did: that our loved ones aren’t coming back.

We must prevent the next tragedy from happening, and that means doing everything we can to pass gun-safety reforms and to rapidly expand gun violence–prevention programs and anonymous reporting systems. Recognizing signs of violence, especially on social media, and reporting on these signs can make the difference between life and death. Contrary to what has been reported, the shooter at Santa Fe High School did show signs online, such as a disturbing image of a knife and handgun atop a mattress on Instagram and a “Born to Kill” t-shirt on Facebook. Empowering students to take action to help their peers does and will avert school shootings, suicide, bullying and other acts of violence and victimization. These actions have a significantly greater impact than practicing for what to do when danger occurs. We know how to prevent violence. What we collectively lack is the will to make it happen.

Since the tragedy in Parkland, more people than ever before are rising to the call to prevent gun violence. Yet only three months later, we face another tragic loss of life in Texas. This cannot stop us. Our resolve must be absolute.

In Newtown, we know the price of inaction. We understand all too well how misunderstood or ignored signs of violence, and not reporting those signs, can destroy life. My surviving son, Jake, was in third grade at Sandy Hook Elementary School, the day his younger brother was shot five times and murdered in the arms of his special education assistant. This fall, he will start high school in Newtown.

Will my Jake sit in his 9th-grade classroom wondering if he will again hear gunfire killing fellow students and educators down the hallway? We’ve taught our children how to run and hide. Instead, let’s teach them how to prevent these tragedies from ever happening in the first place. We’ve told our children that they are the most important things in the world to us. Let’s prove it. 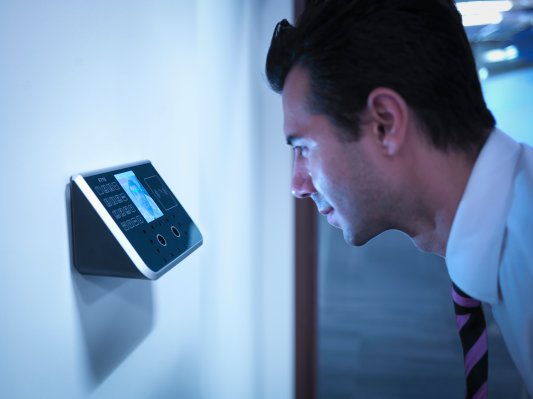